The PineTime is an inexpensive smartwatch designed to run open-source software and serve as a wearable companion to Linux smartphones (like the PinePhone), among other things. First introduced a few years ago, PineTime development kits began shipping in 2020 and coders began writing software for the platform.

Now Pine64 is taking orders for a version of the PineTime smartwatch that’s aimed at more casual users. It’s available from the Pine64 Store for $27. 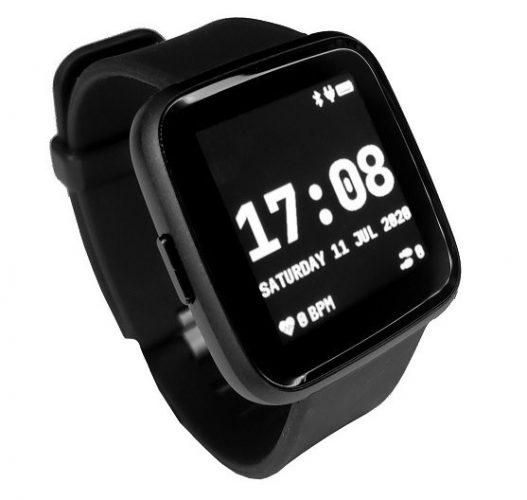 Unlike the development kit, the new version of the watch has a sealed case that’s not designed to be opened up. That means you don’t get access to the low-level debugging interface, but it also means the watch should be a bit sturdier no assembly is required.

The PineTime has a 1.3 inch, 240 x 240 pixel capacitive touchscreen display and it’s powered by a Nordic Semiconductor nRF52832 processor and a 64 MHz ARM Cortex-M4F CPU. It has a 170-180 mAh battery and a very limited amount of on-device memory and storage.

But it has the features you’d expect from an entry-level wearable including support for Bluetooth 5, a vibration motor, accelerometer, and even a heart rate sensor.

Pine64 says the new units will ship with InfiniTime 1.2 firmware pre-installed. Since the last time I wrote about InfiniTime, the software has been updated to support a small hardware change (the new PineTime has a different accelerometer than older units), adds a metronome application, and features an updated stopwatch application with a cleaner user interface.

Prefer to try a different smartwatch operating system? The watch also supports alternate firmware including the MicroPython-based Wasp OS, and there’s a new work-in-progress operating system called Malila on the way. And that’s just the tip of the iceberg for PineTime firmware and app development.

Note that while the PineTime SmartWatch (Sealed) edition is a bit more consumer-ready than the development kits, you can still buy the dev version if you’d prefer – Pine64 is currently selling a 2-pack for $50 that includes one sealed watch and one unsealed dev-friendly watch.

The company also notes that no matter which version you get, Pine64 isn’t responsible if you break something while trying to flash alternate firmware. These devices are made to be hackable, but they’re also made to be cheap.