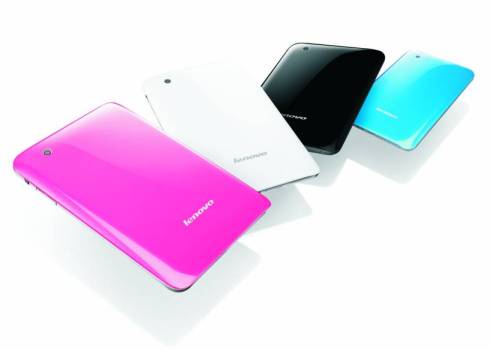 Lenovo is again taking orders for the IdeaPad A1 tablet in a wide range of colors. Most of the 7 inch tablet configurations had been out of stock for most of the month of October, but the tablet is available in black, white, blue and pink, with all versions expected to ship by November 21st at the latest.

But it looks like there’s been a little price shakeup.

When Lenovo first unveiled its budget 7 inch tablet, the company promised that the base model would sell for $199. That version features 2GB of flash storage instead of the 16GB you get on the higher-priced $249 versions.

For some reason Lenovo bumped the price of the base model to $229 a while back, and it looks like that’s where it’s staying. No, I have no idea why anyone would pay $229 for a 2GB model when a 16GB model costs just $20 more.

Lenovo is currently offering the 16GB IdeaPad A1 in black for $199.20 when you use the coupon code USPA2M1104. It’s not clear how long the promotion will last, or if we’ll see another $199 price anytime soon, so if you’re in the market for an IdeaPad A1 it looks like this is a pretty good time to order one.

The tablet features a 1024 x 600 pixel display, a 1 GHz TI OMAP 3622 single core processor, 512MB of RAM, and Google Android 2.3 Gingerbread operating system. It has a front-facing 0.3MP camera and a 3MP rear camera, 802.11b/g/n WiFi, Bluetooth 2.1, and offline GPS capabilities (although you may need an internet connection to some navigation features).

$200 tablets aren’t as uncommon as they used to be. Amazon, Barnes & Noble, Kobo, Velocity Micro, and ViewSonic all have some to offer. But Lenovo’s is one of the few with GPS, cameras, a standard Android user interface and full access to the Google Android Market.