India isn’t the only country looking for ways to offer students internet-connected Android tablets for educational use. The government of Thailand has just launched a “One Tablet PC Per Child” campaign that could deliver almost a million Android tablets to first grade students.

The initial order is for 400,00 tablets at a cost of about $32.8 million. A second order of 530,000 units could soon follow. The selected tablets cost $81 per unit (when you order in bulk, obviously), so the total cost of the project will be less than $80 million. 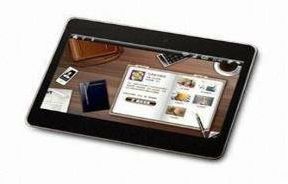 We’re not talking about top-of-the-line tablets here. But the tablets certainly look pretty good next to the $35 Aakash tablet that’s offered to students in India.

Instead, the government has contracted with Shenzhen Scope to manufacturer an updated version of the Scopad SP0712 tablet. It features a 7 inch display, a 1.2 GHz Rockchip processor, Android 4.0 operating system, 1GB of RAM, and 8GB of storage.