The first model is a system manufactured by Haier called the Blade Box, and while it looks like a game console, it’s  basically a Windows 10-powered computer with an Intel Skylake processor. 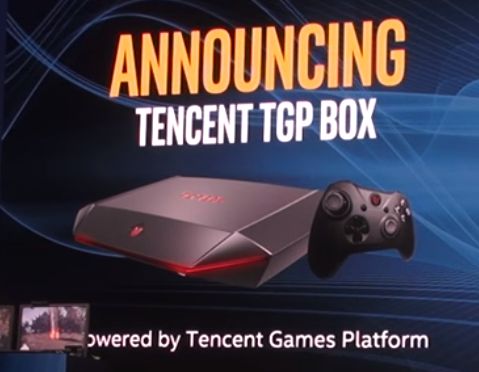 This isn’t the first time we’ve seen a blurring of the lines between game consoles and desktop PCs. The Steam Machines platform pretty much lives in that blurry spot.

Tencent’s solution includes a TGP Box mode with a game store and a user interface that’s easy to navigate while using a game controller and sitting on your couch. The platform also supports downloading games and updates, live streaming games, and more.

But you can also switch to a full Windows 10 desktop if you want access to desktop apps, a taskbar, desktop, and multitasking.

Tencent may be best known for its internet services including social networks, chat apps, and eCommerce sites. But the company also owns Riot Games and is a major shareholder in Epic Games and is responsible for titles including League of Legends, Need for Speed: Edge, FIFA Online 3, and more. All of those games should run on the TGP Box.