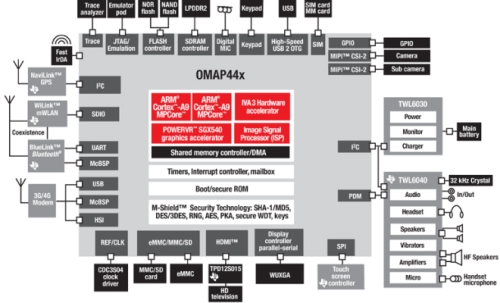 The chipset supports 3D graphics and HD video playback with support for 1080p video at 60 frames per second as well as 3D stereoscopic HD video.

Texas Instruments says the chip can handle HD video conferencing, and can even shoot video from two separate 12MP cameras at the same time.

The TI OMAP4440 can be used for smartphones, tablets, and other devices where multimedia is a priority.