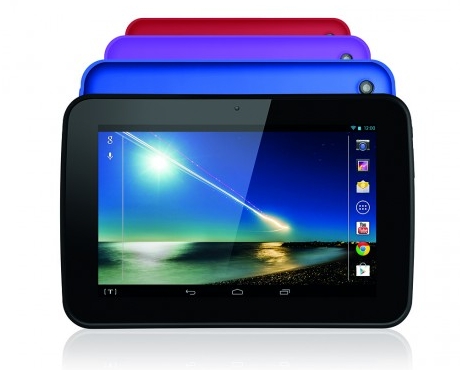 The tablet runs Android 4.2.2 Jelly Bean, features WiFi, Bluetooth, and GPS, and has a micro HDMI port. Since this is a Google certified device, it’ll come with the Google Play Store and other Google apps including Gmail and YouTube preloaded.

It’ll be available in black, blue, red, or purple.