Teracube‘s first smartphone is an unremarkable device when you look at the specs — it’s a mid-range Android phone with mid-range hardware. But the Teracube smartphone unusual in that it comes with a 4-year warranty.

It’s a phone designed to last a long time — and if you have problems, you can get them fixed for cheap or free.

As we reported last month, phone went up for pre-order through a crowdfunding campaign late last year, and now the company says it’s shipped phones to all of its Indiegogo backers, and there are still some phones to spare — you can still pick one up from Indiegogo for $249. 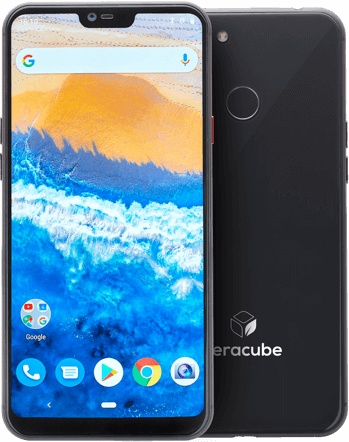 It’s not clear how long supplies will last — Engadget reports that Teracube has about 1,500 phones which is expected to be enough to ship phones to backers and leave around 200 spares lying around for folks that need to take advantage of an exchange under the company’s generous warranty.

While many crowdfunding campaigns fail to make it this far in the process… shipping a phone wasn’t necessarily the hard part here. As a startup, there’s no guarantee Teracube will still be around in 4 years to honor warranty claims. So it’s still a little early to call this a crowdfunding success story.

But that Engadget article includes some hands-on impressions and usage notes that suggest the phone’s not a bad value even if you only consider the up-front price.

With a 6.2 inch, 2280 x 1080 pixel IPS display, a MediaTek P60 processor, 6GB of RAM, 128GB of storage, fingerprint reader, NFC, and dual SIM support, the phone’s not exactly a speed demon. But it has a 3,400 mAh battery that lasts for a full day or longer, dual rear cameras, and a few features you don’t find on a lot of modern flagships, including a headphone jack and microSD card reader.

It’s also worth noting that while the phone currently ships with Android 9 software, Teracube is promising an Android 10 update in the future. And the company has already released its first software update for the phone to fix some bugs.

Whether this is a phone you’ll still be comfortable using in 4 years remains to be seen. The specs might look a lot more dated by then. But if Teracube is still around to honor its warranty, the company will cover the cost of shipping and repairs if you have any issues with parts or performance.

There’s also an accidental damage provision for anything not covered by the warranty. If you break your phone you can pay $39 to send it to Teracube in exchange for a replacement device (which will most likely be a refurbished model). The company will then attempt to fix your broken phone and send it to another customer who takes advantage of the trade-in service in the future.

All told, the idea is to offer a phone that you can keep longer… which not only lessens the impact on your wallet, but also the environmental impact associated with phone manufacturing.

But with only 1,500 units produced to date, the impact so far is pretty small.