Apple and Samsung dominate the smartphone space in the United States, leaving little room for competition… even from well-established players like Motorola, LG, Google, and others. From time to time a company you’ve never heard of launches a crowdfunding campaign to bring a new phone to market with some killer feature or other… but few really pan out.

But I kind of hope Teracube’s upcoming crowdfunded smartphone does. Because the gimmick that makes this phone stand out is its warranty — at a time when most phones Android phones only come with a 1-year warranty and only get a few years worth of software updates, Teracube its phones will be covered by a 4-year warranty. 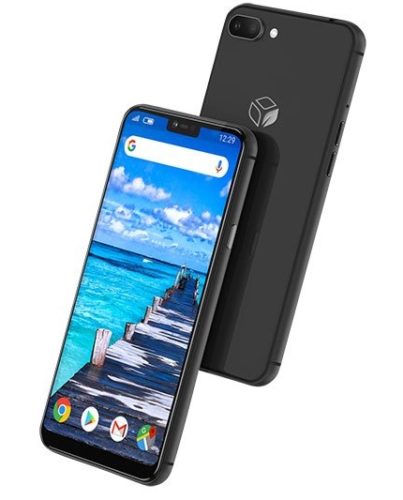 The Teracube smartphone has a list price of $349, but it’s selling for $249 and up during an Indiegogo crowfunding campaign.

While it has decent specs for a mid-range phone, the real selling point is that this is a phone that’s designed to last a long time. Teracube promises to deliver 3 years of Android OS updates and security updates, with new updates coming out every 3 months. So while the phone will ship with Android 9 Pie, an Android 10 update is scheduled to arrive this spring.

There’s also accidental damage coverage — if you have a cracked screen, a phone that’s malfunctioning after coming in contact with liquid, or any other unforeseen damage, you can send the phone to Teracube and pay $39. The company will send you a replacement phone (most likely an already-repaired device) and then fix yours and send it along to someone else.

All this hinges on the idea that Teracube will still be around in 4 years to honor the warranty. That’s a bit of a gamble — the company is a startup with no track record of its own (even if it was founded by a team with decades of experience in tech).

Still, the relatively low asking price for the company’s new phones means that the wort case scenario is that you’ll buy a mid-range device today and not be able to get it repaired in a few years… which is pretty much what happens if you buy a phone from anyone else.

The smartphone sis carrier unlocked and supports GSM networks including AT&T and T-Mobile. But while it supports Verizon’s LTE Band 13, the phone isn’t approved as a Verizon bring-your-own-device model, so Verizon customers should probably steer clear for now.