Want to stream music to a wireless speaker? There’s no shortage of options. But if you want to stream to multiple speakers at the same time, there are fewer options… and they tend to either be rather expensive, or require a Chromecast Audio-like dongle.

French startup Tempow wants to change that. The company has developed a custom Bluetooth stack that lets you stream audio from a smartphone or other device to as many as 7 Bluetooth speakers or headphones at once. 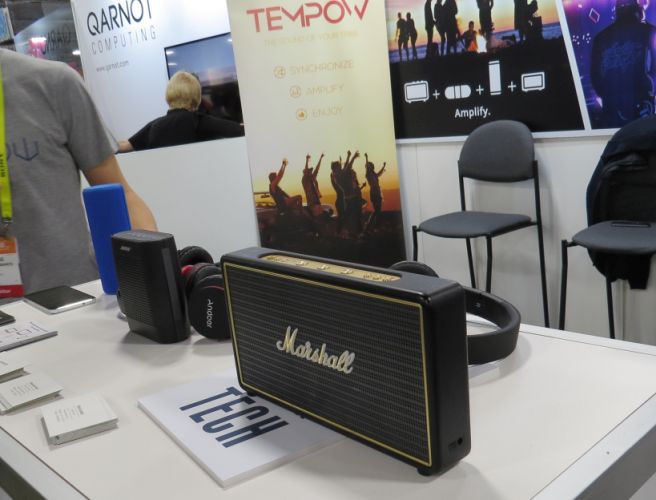 Since the technology requires a tweaked Bluetooth stack, you probably won’t be able to download and install a Tempow app anytime soon. But the company is hoping to work with device makers to include its technology on upcoming devices.

If that happens, here are a few things you’d be able to do:

On the down side, since the system relies on Bluetooth rather than WiFi, it might be less than ideal as a whole-home audio solution. If you have a small house then sure, you can probably stream to a speaker in the living room and a second one in the kitchen. But don’t expect the Bluetooth signal to be able to sync speakers in the attic and basement (where I’m sure you often listen to music, right?)