Previously Firefox handsets had been available from carriers in Venezuela, Brazil, Columbia, and parts of Europe.

You can also pick up an unlocked ZTE Open from eBay for $80. 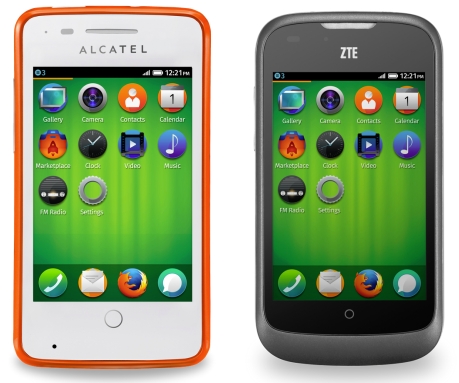 Customers in Mexico can now buy a ZTE Open or Alcatel One Touch Fire. The ZTE phone is also available in Peru, while folks in Uruguay can purchased the One Touch Fire.

Firefox OS is an operating system designed to run apps built with web technologies such as HTML5. Basically if an app can run on a Firefox OS phone it can also probably run on other phones with modern web browsers — but Mozilla’s mobile operating system is designed to support open standards, run well on inexpensive hardware, and provide a relatively open platform which wireless carriers can customize to suit their needs.

The operating system is still pretty basic when compared with Android, iOS, or other modern mobile platforms. But Mozilla did recently roll out an update adding support for features including push notifications, MMS messaging, and downloading images, audio, and video from the web browser.