Tekniser is the latest company planning to launch a 7 inch Android tablet designed for gaming. The Tekniser Tek 807D is an Android tablet with a dual-core processor and game controllers built into the sides. 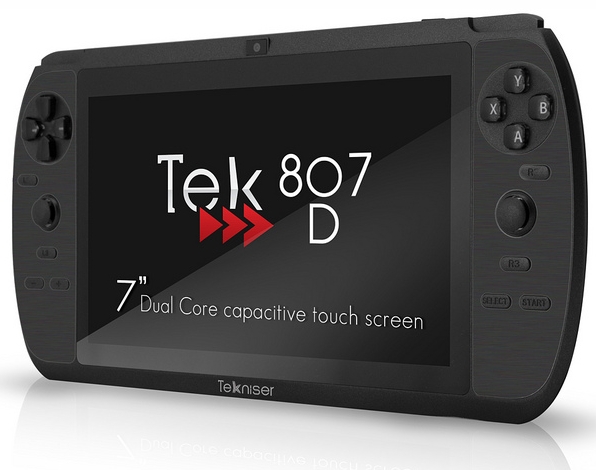 That puts the Tek 807D into the same niche as the Archos GamePad and JXD S7300.

It has a 7 inch, 1024 x 600 pixel display with a 5-point capacitive multitouch panel. The tablet also has an HDMI output if you want to play games on a TV or monitor.

The tablet weighs about 13 ounces, and Teknizer says it should run for up to 9 hours n a charge.