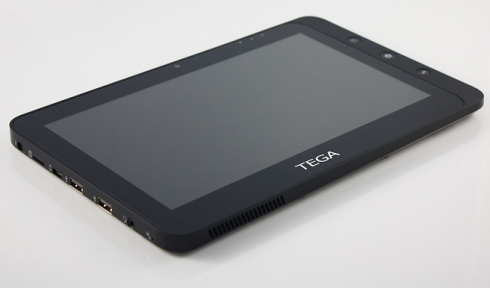 There’s good news and not-as-good news for anyone who’s been waiting for tablet enthusiast Hugo Ortega‘s company to launch its new Tega v2 Touch Tablet. The good news is that while the official launch was pushed back a few days to October 15th, it looks like the order page is already live.

The less good news is that the tablet isn’t really priced to compete with the iPad, CTL 2goPad, or most other devices with the word Pad in them. The price starts at $988.07 for a model with a 32GB solid state disk and jumps up to $1172.08 for a 64GB model.

Bear in mind, this tablet is aimed at business users. It runs Windows 7 Professional, has 2GB of DDR3 memory, and a built in 3G modem. Those things don’t come cheap.

It looks like the pricing might not actually be final yet. For instance, the tablet is supposed to be able in 16GB, 32GB, or 64G models, but I don’t see a price for the 16GB model.