Teclast’s latest tablet is about the size of an Apple iPad, but it’s cheaper than most current iPads, runs Windows 10 software, and features an Intel Atom Cherry Trail processor.

The Teclast X98 Pro is available for pre-order from Geekbuying or AliExpress for $270 or less. 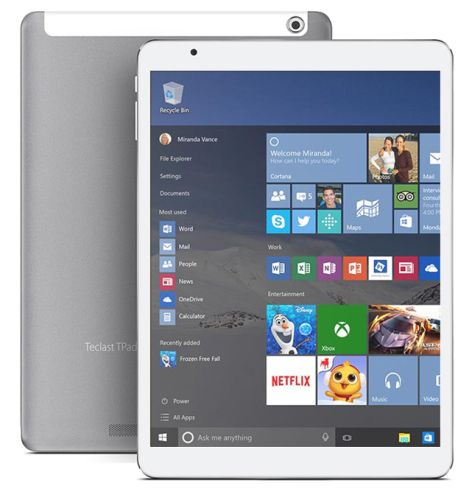 I haven’t had a chance to test this tablet yet, but on paper it sounds almost too good to be true. Here’s a run-down of the specs:

Teclast is a Chinese device maker that’s been offering low-cost Android tablets for a few years, and inexpensive Windows models since 2014. This will be one of the company’s first to ship with Windows 10 as well as one of the first to feature an Intel Cherry Trail processor.

While those features alone wouldn’t necessarily drive up the price, the tablet also has a high-resolution display and more RAM and flash storage than most Windows tablets in this price range. So I’m kind of surprised to see this thing priced under $300.

Unlike some Chinese device makers, I haven’t heard any stories about Teclast shipping products with unlicensed versions of Windows.