It’s called the Teclast X3 Plus, and it’s available for purchase/pre-order from Geekbuying, AliExpress, (and from Gearbest soon too) for around $360 to $400.

Aside from the reasonably low price tag (compared with tablets from better known companies, it’s probably the 6GB of RAM that’s the stand-out feature). 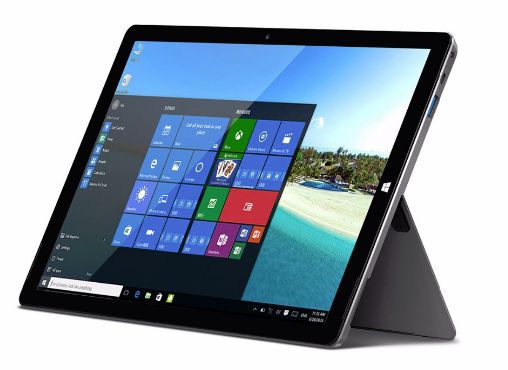 Since many recent Windows tablets have memory that’s soldered to the motherboard and cases that aren’t meant to be opened, the amount of memory you get when you buy the computer is all you’re ever going to have. So if you think you might want more than 2GB or 4GB, you have to hunt for a model that has more… and there aren’t a lot of options in this price range.

Note that while some of the promotional images of this tablet show a keyboard, it’s not included in the sale price. The X3 Plus does have a built-in kickstand though, which should make it relatively easy to use with any Bluetooth or USB keyboard and not just an official keyboard cover.

But with a price of around $550, the Teclast X3 Pro is also more expensive than the X3 Plus.