As promised, TCL is introducing the first Soundbar speaker to take advantage of Roku’s new Whole Home Entertainment platform. That’s not surprising, since TCL has been offering some of the most popular TVs with Roku functionality baked in for the past few years.

So what can you do with a “smart” soundbar? 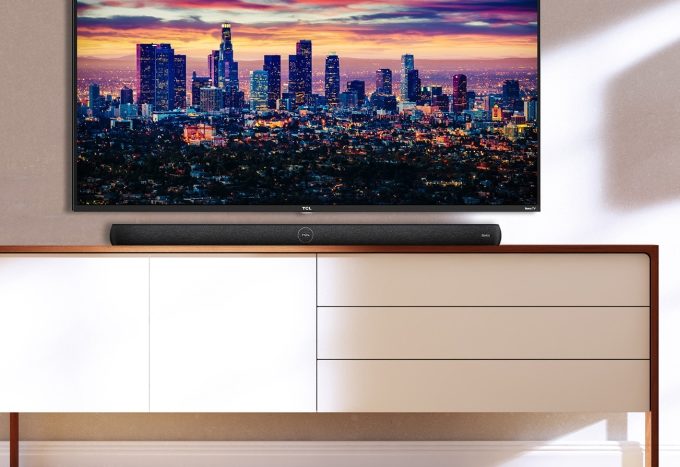 The idea behind soundbars is that most TV speaker stink, and most people who want better sound don’t want to go through the hassle of wiring their home for 7.1 channel audio. So you can pick up a speaker bar that hangs out by your TV to offer something in between, with boomier bass and louder, cleaner sound.

What makes this model smart is that it runs Roku OS software connect to other audio and video gear in your home using Roku Connect, and responds to voice commands using Roku’s upcoming Roku Entertainment Assistant.

While it’s tempting to think of that assistant as a rival to Alexa, Siri, Cortana, and Google Assistant, Roku is focusing first and foremost on entertainment, which means you’ll be able to use your voice to control your home media system using hands-free commands.

Among other things, that means when your TV is off you can use your voice to play, pause, or resume music.

TCL hasn’t announced the price or exact release date for the Roku Smart Soundbar yet. But since Roku doesn’t expect to have its Entertainment Assistant ready until later this year, it seems like a safe bet that this soundbar won’t be available until… later this year.

TCL is also updating is Roku TV lineup with new models for 2018.