Smartphones and laptops with foldable screens have been around for a few years at this point, but most bend the same way: you can fold a device in half so the inside screen is covered and it’s easier to slide into a pocket (and there’s typically a second screen on the cover).

But TCL is introducing a new Ultra Flex display concept that folds up to 360 degrees, meaning you can fold it inward and outward. It’s just one of several new foldable display concepts TCL is showcasing at Mobile World Congress this week. 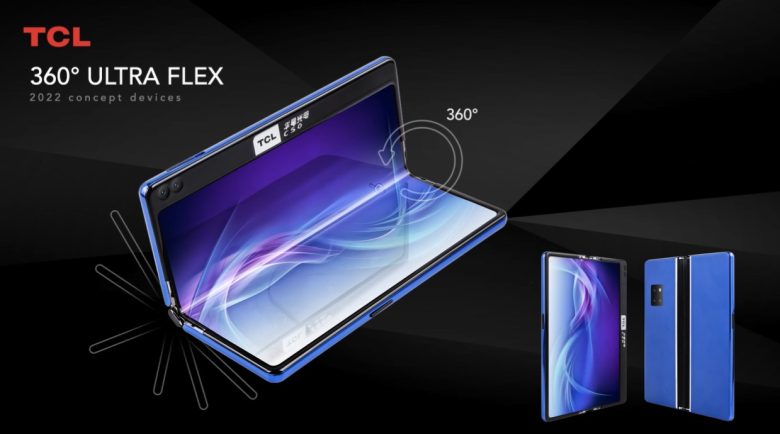 This 360-degree folding screen allows for a single device that can be held in three ways:

The upside of this sort of setup is that there’s no need for a cover screen. The down side is that TCL says it had to not only make a flexible screen, but also engineer a hinge that could fold both ways without allowing dust to get under the screen.

While the company is demonstrating the Ultra Flex concept in a phone/tablet-sized package, TCL says the design could be scaled up and down to different sized devices.

This concept only folds in one direction, but it also eliminates the need for a secondary cover display because the primary screen wraps around the phone, covering nearly half of the back cover. 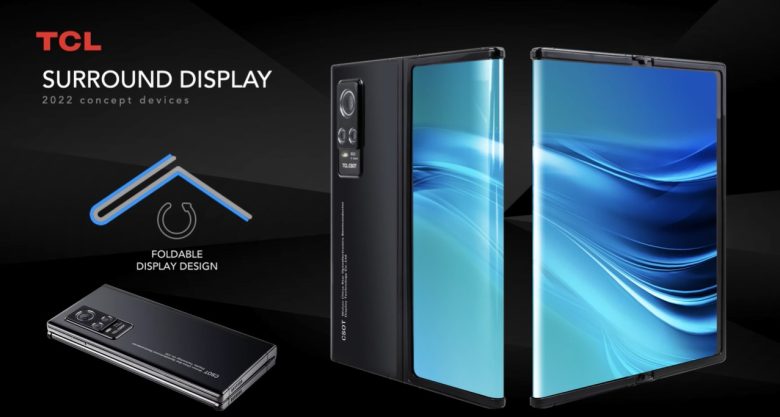 This allows you to fold the device so that it’s closed and still have a full-sized, phone-shaped screen to interact with. The area at the side of the phone where the screen wraps around could also be used for notifications or other information when the phone is closed.

Unfold the screen and you’ve got a tablet-shaped device.

In case the name didn’t give it away, the TCL Fold ‘n’ Roll concept is a screen that not only bends at the middle, allowing you to unfold a phone-like device to view a larger tablet-sized screen, but part of the screen is actually hidden inside the phone’s body. When you unfold the screen you can also unroll the hidden display to provide even more screen space. 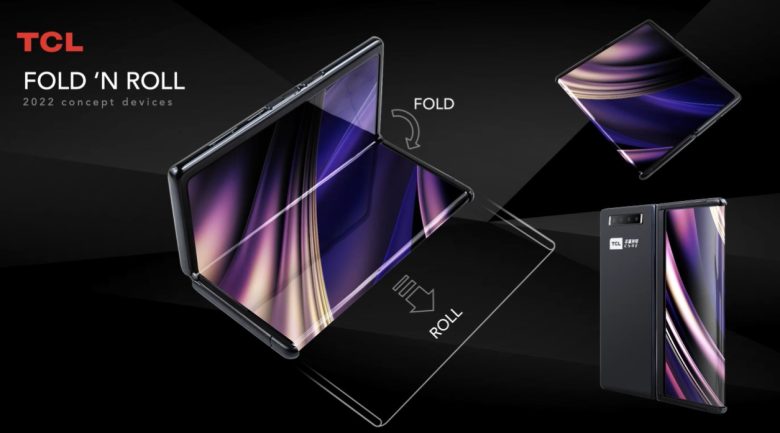 This is an update to a concept TCL first unveiled a year ago. At the time it was just a concept that was only visible in rendered images, but TCL says it’s now ready to show off a working prototype at Mobile World Congress. 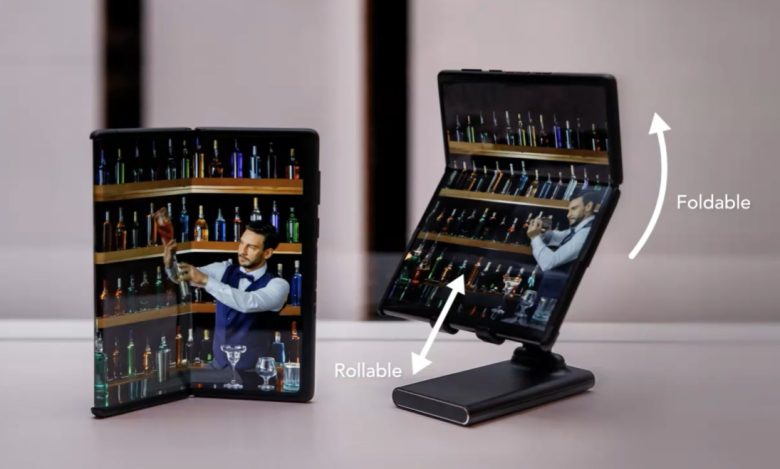 TCL says this was the most complex display of the bunch to develop, as it presents additional challenges when designing a scratch-resistant flexible plastic screen while trying to prevent dirt and dust from getting behind the display where they could cause damage.

For now all three of these display types are just concepts: there’s no word on if or when you’ll be able to buy a phone or other device featuring the technology. But TCL is showing off physical prototypes at Mobile World Congress, and Engadget went hands-on (and found that the prototypes to be impressive, but a little rough around the edge):