As expected, TCL is introducing a new smartphone concept featuring a display that doesn’t fold… it rolls. The idea is that you can hold the device in one hand and use it like any other smartphone. But when you want more screen space, you can press a button to extend the display for a more tablet-like experience.

The rollable concept flexible display solutions TCL had planned to showcase at Mobile World Congress until the trade show was cancelled due to the coronavirus outbreak. So TCL is unveiling its new concepts in early March rather than late February.

The rollable phone concept is probably one of the most interesting new concepts from TCL, largely because it’s unlike anything currently on the market. 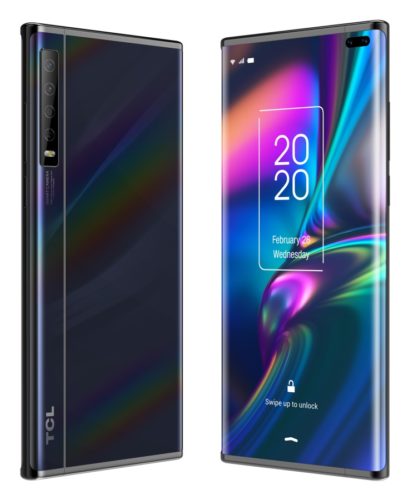 TCL says the concept phone has a 6.75 inch AMOLED display that becomes a 7.8 inch screen when extended. Internal motors handle the rolling and unrolling action. 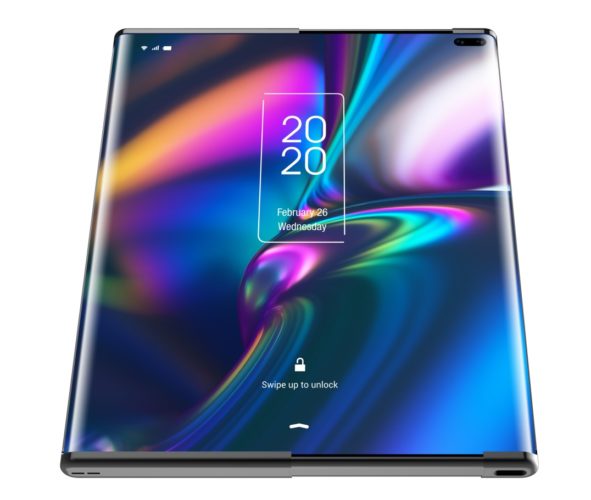 A rollable phone could have a few advantages over a foldable. TCL says its concept device is just 9mm thick, for example. By comparison, the Samsung Galaxy Fold is 15.5mm when folded in half.

The TCL concept  phone is also said to have “no wrinkles or creases” because of its “larger axis and rolled display.”

But the company is still exploring foldable solutions as well — another new TCL concept device is a 10 inch tablet with a 3K, 20.8:9 display with a tri-fold design that allows it to become a 6.65 inch device when folded.

As concept devices, there’s no price or release date for either of the new products. But it’s possible that we could see future TCL phones or tablets that incorporate some of these display technologies… or third-party devices that may make use of TCL’s flexible displays.

Update: These concept devices aren’t just pretty pictures — some tech journalists including the folks at The Verge got a chance to go hands-on with some real-world prototypes: