TCL’s new Alcatel-branded smartphones for 2018 feature a new design, a new naming convention, and a new screen shape: all of the company’s upcoming phones will sport 18:9 (or 2:1) displays.

While we’ll have to wait for Mobile World Congress in February to get detailed specs for the new phones, TCL is providing an early look during the Consumer Electronics Show this week. 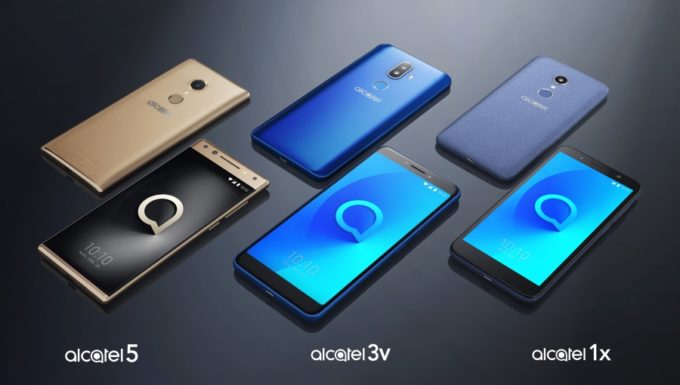 The new phones come in three tiers. The Alcatel 5 Series phones are “affordable premium” handsets with big batteries, support for face unlock, and a price tag that’s lower than that for a typical flagship. In other words, this is basically the phone that will replace the Alcatel Idol 5.

TCL says there will be several models in the Alcatel 3 Series with features including dual cameras and “large-screen, high-resolution displays.”

The most affordable phones will be part of the Alcatel 1 Series which features “stylish design and premium materials,” as well as face unlocking and the same 18:9 aspect ratio as other models in the series. But expect lower price points (and lower-performance hardware).

One reply on “TCL previews 2018 Alcatel smartphone lineup with 18:9 displays for everyone”