Palm was one of the early players in the smartphone space, leveraging the company’s experience from the Palm Pilot to create popular devices like the Palm Treo. But after Apple launched the iPhone and Google launched Android, Palm started to struggle.

Rather than adopt Android or Windows like most phone makers, Palm decided to develop its own touch-friendly operating system called webOS… which HP tried to adopt for tablets after acquiring Palm for $1.2 billion.

The HP TouchPad tablet was (kind of) a flop, and HP killed off Palm’s phone division before eventually selling the rights to use the brand name to Chinese electronics company TCL… which has done nothing with the name.

But according to AndroidPlanet, that could change next year. 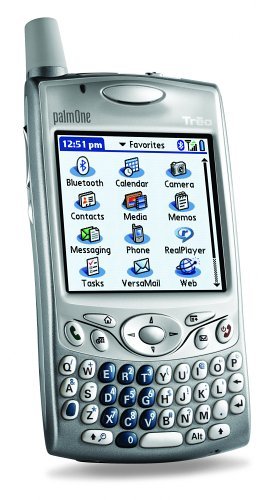 In an interview with the wbsite, TCL Marketing Manager Stefan Streit said the company will introduce new Palm-branded products in early 2018.

It’s unclear if new Palm devices would have anything in common with older devices sold under that name other than, well… the name. I doubt TCL plans to launch phones with webOS or PalmOS software. But a stylus or QWERTY keyboard wouldn’t be out of the question.

After all, the company’s BlackBerry KeyOne smartphone with the Android operating system, BlackBerry software, and a physical keyboard has apparently been a big success for TCL, with the company selling as many phones as it can make.