As expected, the latest BlackBerry phone is the first to feature a waterproof design. The BlackBerry Motion also has the biggest battery of any Blackberry-branded smartphone to date, thanks to the 4,000 mAh battery.

Like most recent BlackBerry-branded devices, the Motion is actually built by Chinese device maker TCL. But the Android smartphone ships with BlackBerry’s suite of apps including Messenger, Hub, Calendar, and DTEK security.

Unlike the company’s last BlackBerry phone, the Motion does not have a physical keyboard. 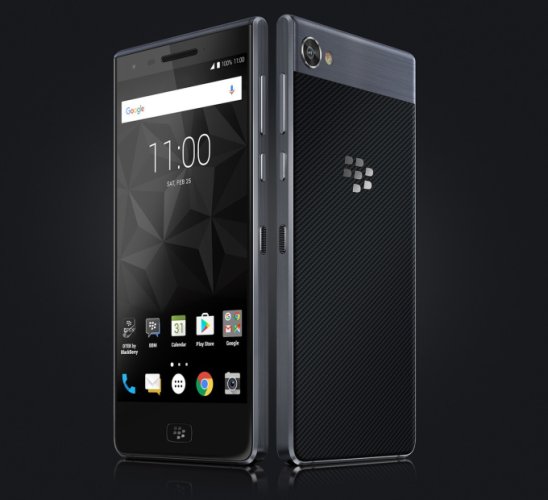 The BlackBerry Motion features a Qualcomm Snapdragon 625 processor, 4GB of RAM, a 12MP rear camera, and an 8MP front-facing camera.

It has a water and dust resistance rating of IP67, which means it should be able to survive splashes of water or a dunk in a shallow pool of water for up to 30 minutes.

The phone also supports Qualcomm’s QuickCharge 3.0 technology which should give you a 50 percent charge when you plug in the phone for about 40 minutes.

TCL will ship the phone with Android 7.1 Nougat, but promises that an Android 8.x Oreo will be roll out “in the new year.”

While US and European pricing hasn’t been announced yet, the phone will be available soon in the United Arab Emirates and Saudi Arabia for the equivalent of about $460.