Instead, the TazPad V2 features strong security aimed at enterprise markets. It has fingerprint reader and NFC security for secure transactions. 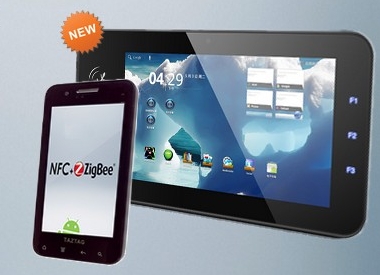 The tablet is also Zigbee compliant, letting you use the device to control a home automation system.