There are plenty of different ways to stream the game library on your PC to a, tablet or console. You may soon be able to do the same thing with your Nintendo Switch, thanks to the Tassei Stream Card.

The Stream Card installs in the Switch’s game card slot and adds support for game streaming to Nintendo’s console. 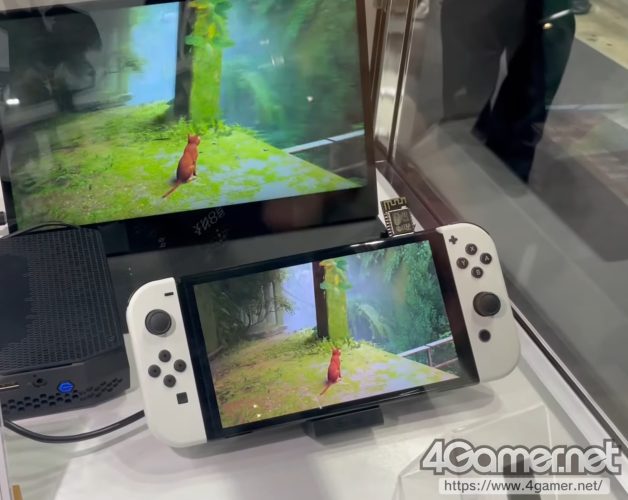 In its present form it’s not the sleekest-looking accessory, but at this point it’s all about showing off what the card can do and not how it looks.

Visitors to the Tokyo Game Show recently were treated to a very limited demonstration of its capabilities. Unfortunately that was mostly limited to rotating the camera around the protagonist in Stray and watching him lick his paws briefly.

The game was running on an Intel NUC 11 Phantom Canyon with an Nvidia GeForce RTX 2060 GPU. The Stream Card connected to the PC wirelessly using its ESP8266 Wi-Fi chip which is limited to 802.11 b/g/n connections. If Tassei does put the Stream Card up for sale, it would be nice to see a Wi-Fi 5 or 6 chip on board. Assuming there aren’t compatibility issues preventing that from happening it would yield a much better streaming experience.

Even though the video that was shared doesn’t reveal a whole lot, the potential is very intriguing. While cloud-to-Switch gaming is already available there are just over a dozen playable titles. With streaming access to entire PC gaming libraries the Switch would be an even better portable gaming system that it is — and it’s already pretty amazing.

via 4gamer and Tom’s Hardware