20 years ago the idea of a virtual pet hatched from an egg and lived or died based on your actions seemed like a novel idea… and one that launched the sale of millions of Tamagotchi toys.

But a lot’s changed in the last two decades and it’s hard to imagine a single-purpose toy with a tiny LCD display would be all that appealing.

Bandai America is giving it a try anyway. The company has launched a new 20th anniversary Tamagotchi, presumably going after the same nostalgic gamers who are snapping up NES Classic game consoles. 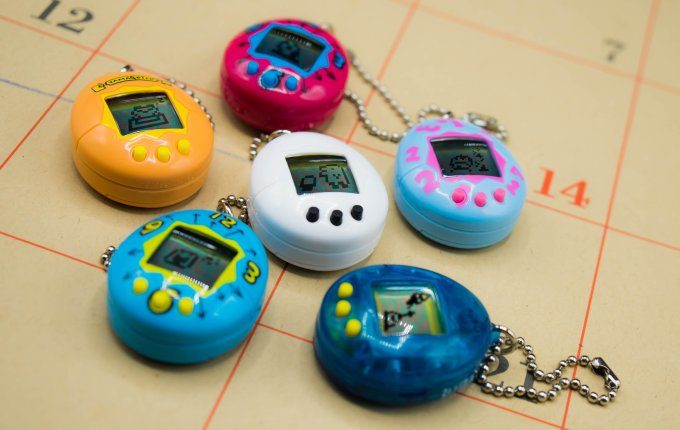 The new version is smaller and cheaper: it’ll go for about $15 when it hist stores “in limited quantities” on November 5th.

Like the original, the new Tamagotchi is an egg shaped device that alerts you when your pet needs attention. But it doesn’t have any new features. In fact, it has fewer features than its predecessor.

Bandai’s 20th anniversary edition device has just a 16 x 16 pixel screen (which means you get a total of 256 pixels, compared with 512 on the original). It lets you feed your pet and clean up after it, but lacks the classic options for “playing games” or disciplining your pet.

It was kind of hard to explain the charm of the Tamagotchi two decades ago, but it was a novelty device that hit fad status… and which paved the way for modern games that you can play on your phone such as Neko Atsume, a game that basically involves putting out furniture, food, and toys to see if virtual cats use them.

But while modern games have the benefit of running on a device you probably already own, letting you flip between them and your news feed, email, or YouTube videos, the new Tamagotchi is a standalone device with even less charm than the model it’s meant to remind you of.

via Engadget, Gizmodo, and The Verge (all of which have stories about the life and death of their own virtual pets)