Video game companies have been pushing out miniature versions of classic game systems for a few years, but the new Egret II from Japanese game publisher Taito may be one of the weirdest/most versatile to date.

At first glance, it looks like a miniature version of a classic arcade game cabinet, much like SNK’s Neo Geo Mini or Sega’s Astro City Mini. But the Egret II has a few unusual features including a screen that you can pop out and rotate to switch between landscape and portrait orientation for games that are taller than they are wide. It also supports an external controllers including one with a built-in trackball for games that were designed for a ball rather than a joystick. 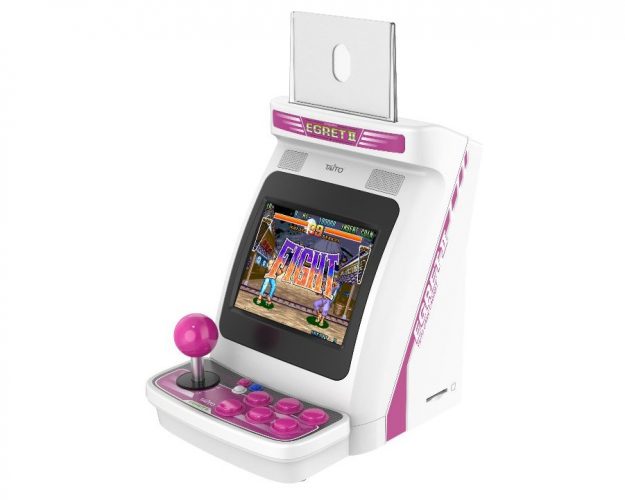 That price covers the cabinet itself plus 40 pre-installed games including Space Invaders, Bubble Bobble, and Qix. If you pay an extra for the optional trackball controller, you also get an SD card with 10 extra games including Arkanoid and Strike Bowling. The ability to play games from an SD card opens up interesting possibilities for official or unofficial expansion packs. 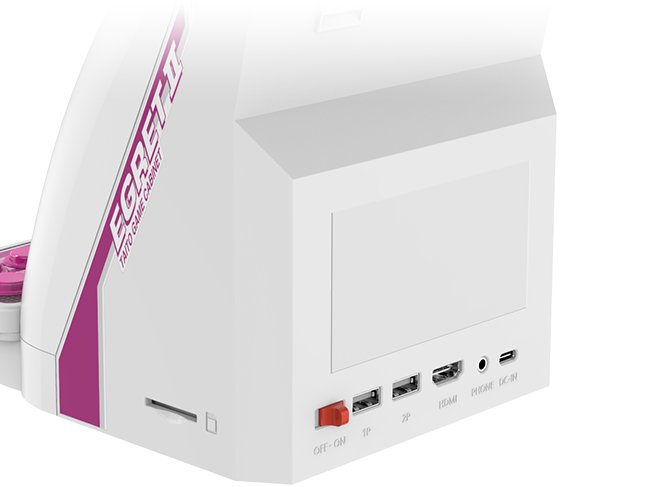 There are also four USB ports on the back of the console, and Taito will also offer optional plug-in controllers including one with a D-Pad and another that basically looks like the built-in joystick controls, but which will allow you to get a little further from the device’s screen.

Customers will also be able to pay about $450 for a bundle that includes the Egret II retro console plus all three controllers and bonus features including CDs with game soundtracks.

The Egret II has a 5 inch, 4:3 LCD display that can be rotated to become a 3:4 screen, which should give you a sense of the device’s overall size. 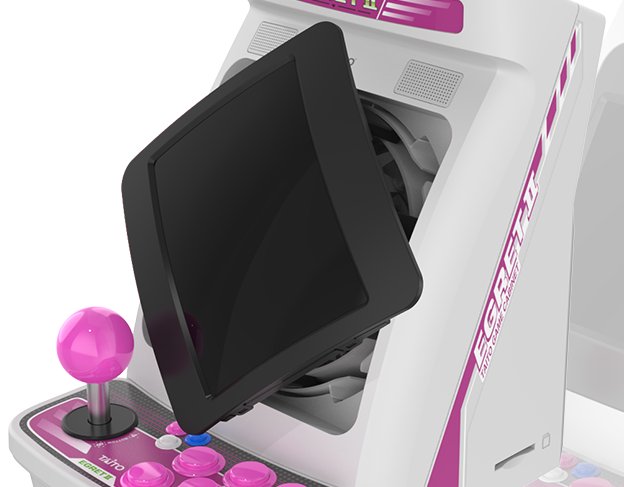 Taito hasn’t said if or when the Egret II will be available outside of Japan.