Prices for Android and Windows tablets have been in freefall over the last year or two. These days you can pick up a Windows 8 tablet with an Intel Atom processor for as little as $60.

While that might sound like good news for bargain hunters… it could also be a sign that device makers are having a hard time moving all the tablets they’ve built.

Research from Flurry Analytics that looks at device activations over the recent holiday season seems to bolster that case: the team’s year-end report suggests that tablet sales are down while smartphone sales remain strong and so-called “phablet” or big-ass phone sales are on the rise.

So are tablets doomed? 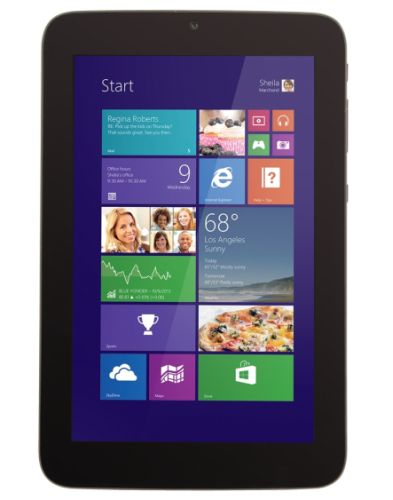 Maybe… it’s possible that people are buying fewer tablets, which is leading device makers to offer cheaper and cheaper models in hopes of making their products appealing… and that could lead to lower profit margins which will make tablets less attractive to manufacturers. Rather than continue to offer dirt-cheap hardware, they could decide to pull out of the space altogether.

That’s at least one explanation for the vicious cycle that led to the sort-of-death-of-netbooks a few years ago (although you could argue netbooks never died — they were just hibernating: recent small, low-cost notebooks and 2-in-1 devices like the HP Stream 11, Acer Aspire Switch 10, and Asus EeeBook X205 sure look a lot like modern iterations of the netbook concept).

But there could be something else going on: tablet sales might be slowing down not because nobody wants or uses tablets… but because tablet owners don’t feel the need to upgrade their hardware all that often.

If you bought a tablet a year or two ago and use it to surf the web, watch videos, read eBooks, or play games from time to time, you might be happy enough with the experience to hold onto that tablet for a few years. Meanwhile smartphone users, at least in the United States, are used to upgrading their phones at least once every two years when their service contract is up for renewal. So new smartphone activations remain pretty strong while tablet activations slow down. 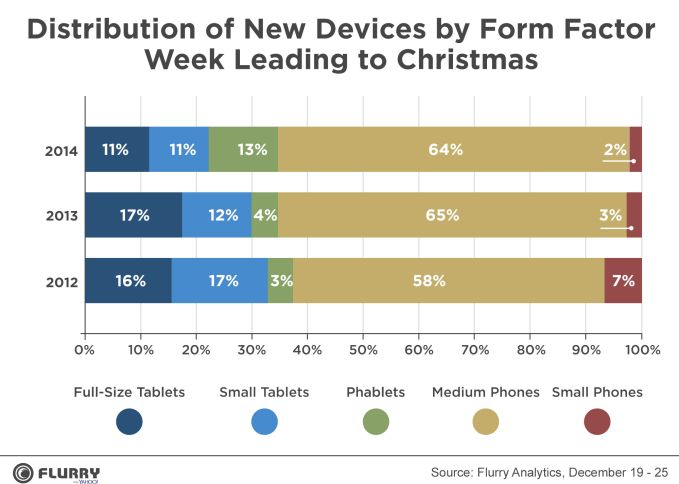 Flurry points out another possible explanation though: In 2013 about 4 percent of new device activations were phablets. That number jumped to 13 percent in 2014, while tablet activations declined.

Instead of using a big-screen tablet for some situations and a small or mid-sized phone for others, Flurry’s figures could be evidence that some users are gravitating toward a single device with a nearly tablet-sized screen and the capabilities of a smartphone.

Apple’s launch of the iPhone 6 Plus with a 5.5 inch screen probably helped spur the growth of this segment. But Samsung, Motorola, and a number of Android smartphone makers also continue to offer phones with big screens.

Clearly there are a number of ways to interpret the latest trends indicated by Flurry’s report. And I doubt tablets are going to disappear overnight. But they could eventually become niche devices like eReader with E Ink displays, especially as some of the features that make tablets special start to find their way into big-screened phones, touchscreen laptops, and other devices.

79 replies on “Are tablets heading the way of netbooks?”