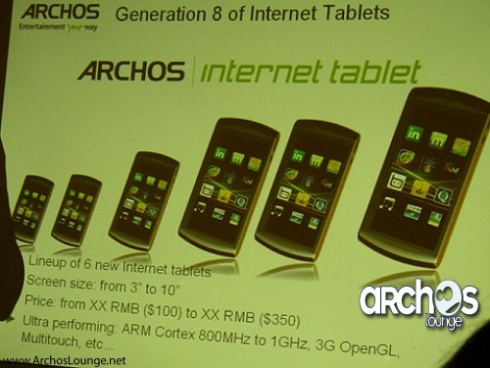 Another day, another crop of news about companies hoping to take on Apple in the tablet space.

The New York Times is reporting that Google CEO Eric Schmidt “told friends at a recent party” that a new Android-powered device was on the horizon. Word is that Google has been working with book, magazine, and other publishers to get content deals for the device, which could make it a bit of an iPad/iBooks and Kindle competitor. It’s not clear whether this is a Google-branded tablet, or if it’s a third party device that will run the Android operating system.

The Times is also indicating that HP might have a new 6 inch Android tablet up its sleeve… which would compliment the company’s larger Windows 7-based Slate PC.

Archos already has a head start in the internet tablet market. The company has been selling the Archos 5 Internet Tablet with Google Android and a resistive touchscreen display since late in 2009. But last month Archos announced plans to bring 7 and 8 inch “Home Tablet” devices to market. And now the company appears to be on track to flood the market with 6 new tablets, ranging from 3 to 10 inches in size.

The new tablets will reportedly have 800MHz to 1GHz ARM-based processors, multitouch displays, OpenGL support, and sell for between $100 and $350. Archos has also developed excellent audio and video software for Android that makes the Archos 5 Internet Tablet a far more capable multimedia device than most Android smartphones. Unfortunately, the Archos 5 doesn’t support the Android Market out of the box, and it’s not clear if these new models will either.

While you can install an unofficial build of the Android Market to download thousands of third party apps, that’s kind of like telling people that they have to jailbreak/root a device to make it fully functional.

You can check out my review of the Archos 5 Internet Tablet at mobiputing.

Meizu is a Chinese company best known for putting out relatively cheap portable media players and smartphones. Now the company is getting into the tablet business with the Meizu mBook, which bears a more than passing resemblance to a certain Apple product. 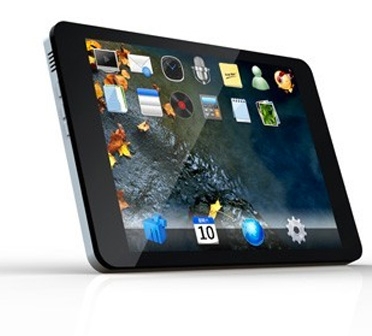 The mBook will reportedly have an 8.4 inch, 1024 x 768 pixel display, a 12 hour battery, and the ability to handle 1080p HD video playback. It even has an HDMI port for pumping out video to an external display.

The tablet will have unspecified 1.5GHz processor, but there’s a good chance we’re talking about a next-generation Qualcomm Snapdragon CPU or another ARM-based chip. The mBook will also have 3G, WiFi, and GPS connections. Oh yeah, an clearly this thing isn’t going to run the iPhone OS, so while it looks rather attractive, there’s a big question mark surrounding the ability to run third party apps. Still, if you’re just looking for a handheld tablet for surfing the web and playing video, the Meizu mBook looks promising.

4 replies on “Tablet news roundup: Archos, Google, and Meizu take on the iPad”