French consumer electronics company Archos has been making Android tablets for longer than almost anyone. But the company’s early models were niche devices at best. Now Archos is reporting that the company increased sales by 106 percent in 2011 and has become one of the top sellers of tablets in Europe. 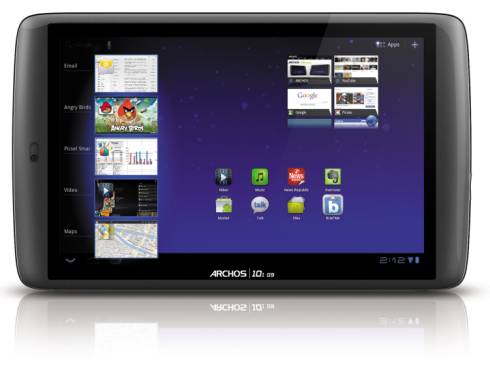 In 2010, Archos generated €83.3 million in sales. In 2011 that number rose to €171.4 million. Growth was up in all the markets where the company does business, including the US, Europe and Asia.

According to a press release, Archos was essentially tied with Samsung for second place in the European tablet market last year, with both companies coming behind Apple.

In 2011 Archos introduced a number of new tablets including its Archos 101 Gen9 and Archos 80 Gen9 tablets as well as the new Arnova brand of low-cost tablets.

The Gen9 tablets tend to be cheaper than comparable tablets from big name companies such as Acer, Asus, and Samsung, while the Arnova tablets are way cheaper — but they’re also less powerful. Arnova tablets, for instance, tend to have single core processors and less RAM and storage than more expensive Android tablets.

Archos tablets don’t always have the same build quality as higher-priced tablets, and early models shipped without access to the Google Android Market. But starting with the Gen9 tablets Archos has been able to receive Google certification for the Android Market and other Google apps including Gmail and Google Maps — and that’s helped bridge the feature gap between Archos tablets and pricier models from the company’s competitors.

But with Amazon, Barnes & Noble, and other companies starting to drive down the price of Android tablets, Archos may be facing new competition in the budget tablet space.

4 replies on “Tablet maker Archos doubles its sales in 2011”