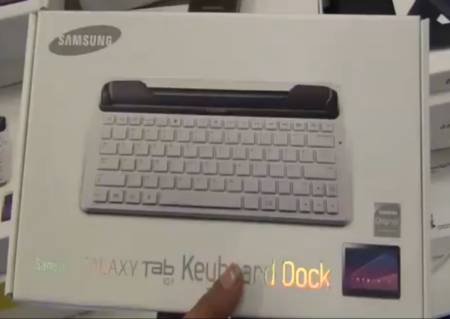 Sure, part of the appeal of a tablet is that it’s virtually nothing but screen so there’s not much standing between you and the user interface. But that doesn’t phase accessory makers who are building a whole ecosystem of products for tablets including cases, keyboards, and docks.

Best Buy started selling the Samsung Galaxy Tab 10.1 at its Union Square store in New York City this week, and The Droid Guy got some details about the first accessories for the tablet, including:

The Samsung tablet will be available around the country starting on June 17th.

Next month the 9.7 inch HP Touchpad tablet goes on sale, and the folks at PreCentral got the run-down on some of the first accessories for that device, including:

You don’t need any of these accessories to use a tablet… but at the very minimum I think some sort of slip cover is a good idea if you plan to do any traveling with a slate-style device.