T-Mobile’s new TVision HUB is a 4K media streaming device designed to hang from the HDMI port of a TV. Powered by Google TV software and an Amlogic S905Y4 processor, the $50 dongle is a slightly more powerful alternative to the similarly-priced Chromecast with Google TV. And unlike Google’s media streamer, the TVision HUB has a built-in Ethernet port.

It’s not not clear if you can actually buy one yet. 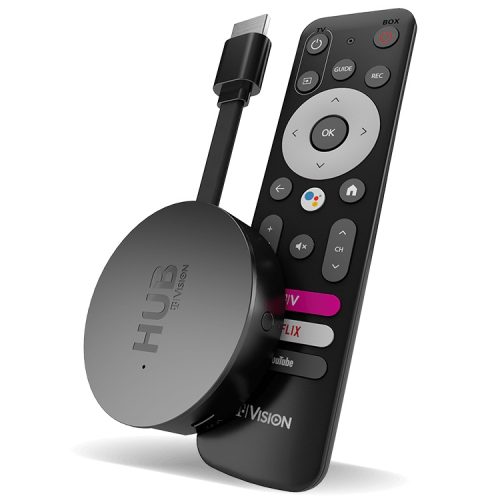 According to a product page on the T-Mobile website, the TVision HUB should be available for $50 (or free for T-Mobile Home Internet customers), but there’s no way to actually buy one from the T-Mobile web store yet.

What we do know is that the device’s features include:

The TVision Hub also comes with a remote control featuring a Google Assistant key for voice search and controls, power and input buttons for controlling a TV, and a Rec button that would presumably be used for applications that support a cloud DVR function.

That said, it’s probably worth taking some of the listed specs with a grain of salt – a picture of the TVision Hub shows a micro USB port, but the product description says it has a USB Type-C port. 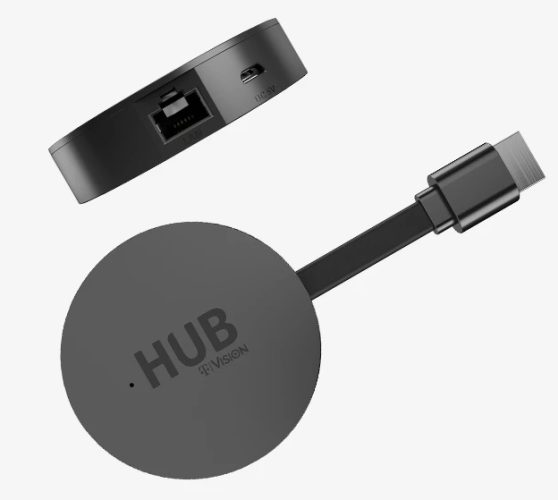