According to T-Mobile, more than half of all wireless customers report that there’s a dead spot somewhere in their house, where they can’t make calls, get text messages, or use mobile internet.

So the company’s enlisting the help of your home WiFi router. T-Mobile’s next-gen WiFi calling feature will work on all new phones available from the carrier… and it’ll seamlessly transfer calls from Voice-over-LTE to WiFi when you’re within range of a WiFi router.

Apple already announced that WiFi calling is built into the iPhone 6 and iPhone 6 Plus, but T-Mobile CEO John Legere says any phone you can buy from a T-Mobile store will support WiFi calling without any extra software or apps.

Existing customers who want to upgrade to a new phone that supports T-Mobile’s next-generation WiFi calling will be able to join the company’s Jump early upgrade program and trade in their device. 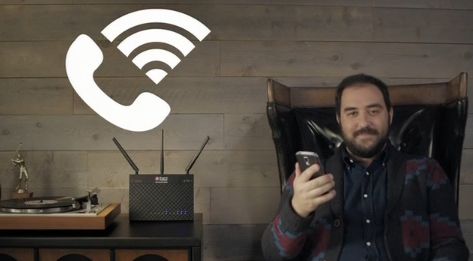 T-Mobile’s new WiFi calling feature will be available to all customers… but you’ll need a T-Mobile Personal CellSpot router to use the service. It’s an 802.11ac WiFi router that’s available from T-Mobile for a refundable $25 deposit.

The router is made by Asus, but includes some T-Mobile specific features to prioritize the network traffic for phone calls.

You can either use the CellSpot as your only home router or add it to an existing network. You can also buy the router outright for $99 if you don’t want to have to return it.

Text and calling over WiFi also works worldwide… which means you can make free calls while travelling, as long as you’re connected to a WiFi hotspot.

Note that you can only hand-off from a cellular call to a WiFi call if your cellular call was made over VoLTE, so if you’re in an area that doesn’t yet have LTE coverage you can still use WiFi calling… but you can’t seamlessly move from a WiFi to cellular network. 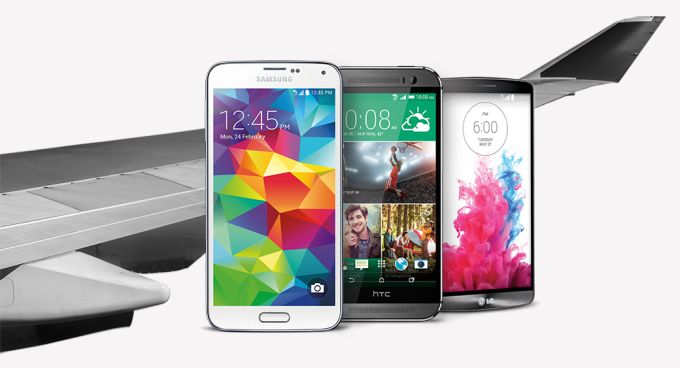 T-Mobile has also announced a partnership with Gogo, the company that provides in-flight WiFi on many airplanes in the United States. You’ll be able to use T-Mobile’s new WiFi capabilities to send and receive text messages (including picture and video text) and receive visual voicemail when you’re on any Gogo-enabled flight.

If you want full internet access you’ll still need to pay Gogo, but the text messaging and visual voicemail features are free for T-Mobile cusotmers.