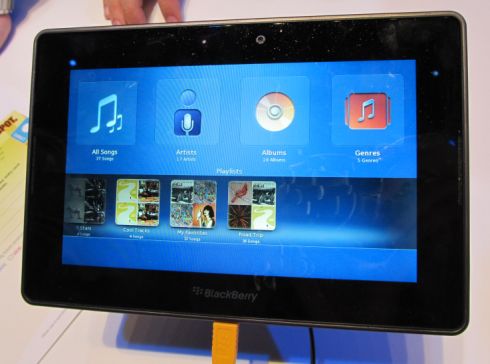 It looks like we can probably add T-Mobile to the growing list of wireless carriers that will offer the BlackBerry PlayBook Tablet. But according to some leaked information obtained by PocketBerry, T-Mobile will be offering the WiFi-only version of the PlayBook rather than a model with 3G or 4G connectivity.

PocketBerry also reports that T-Mobile will only offer the PlayBook for business customers, not the general public.

Of course, since we’re talking about the WiFi-only version of the tablet, that really shouldn’t matter that much. You should be able to pick it up from any number of retailers. Office Depot, for instance, is expected to sell it for about $500. But I can’t really think of a reason T-Mobile wouldn’t offer the tablet to consumers at retail locations.

For now, we should probably take both of these bits of leaked info with a grain of salt, since leaks have a tendency to be inaccurate from time to time.