The Dell Streak 7 may have been T-Mobile’s first Android tablet to feature an HSPA+ 4G mobile broadband when it launched earlier this year, but now it’s the first 4G tablet to be discontinued by T-Mobile. The wireless network dropped the tablet on July 20th. 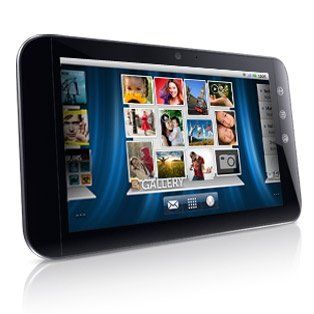 The tablet features a 1 GHz NVIDIA Tegra 2 dual core processor, 802.11b/g/n WiFi, 16GB of storage, and Bluetooth and GPS. But it’s hampered by a relatively low resolution 7 inch, 800 x 480 pixel display and Google Android 2.2 operating system — which is looking a little dated in the age of Android 3.x Honeycomb tablets.

T-Mobile has also officially dropped the Dell Mini IM1012 netbook with HSPA+ from its its inventory. The netbook features a 10 inch display and Intel Atom processor.

The Dell Mini 10 hasn’t received a major update since last year, so it’s not surprising to see T-Mobile drop that model from its lineup — I’ve also never been convinced there’s a huge market for netbooks with built-in 3G or 4G radios. It makes more sense financially to purchase a mobile hotspot or USB modem that can be used with multiple computers. But then I’m not privvy to T-Mobile sales figures. Maybe this type of device does sell well.

On the other hand, the Dell Streak 7 is still a relatively new device and it would be a little surprising to see it discontinued so soon if it weren’t for the fact that there are already so many alternatives, although the LG G-Slate appears to be the only tablet T-Mobile currently has in stock.

Dell just introduced a new 10 inch Android tablet in China. There’s no word on when it will be available in the US.