The wireless carrier launched Music Freedom in June, added a few additional services in August, and now the company is more than doubling the number of online music services that are supported.

Some of the new music services include Google Play Music, Xbox Music, and SoundCloud. 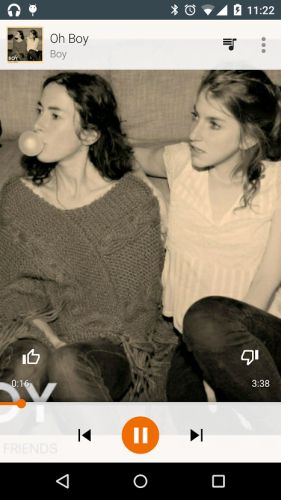 Technically T-Mobile offers customers “unlimited” data… but that doesn’t mean there aren’t still data caps. You only get up to 5GB of “high speed” data each month on most plans. Once you hit that cap, T-Mobile will throttle your internet connection to a much lower speed.

Now customers can stream music from iHeart Radio, Slacker, Rhapsody, Spotify, Rdio, Songza, Grooveshark, and many other services without that data counting against their data caps.

On the one hand, this makes it a lot easier to get by with a phone with a small amount of internal storage: you don’t have to carry your music collection with you when you can stream your own songs from Google Play or stream songs, playlists, or other content from other music services.

On the other hand, folks who are concerned with that whole net neutrality thing have expressed concern that T-Mobile is treating some mobile data differently from other mobile data: sure, what the company is doing is ostensibly good for consumers at the moment because it lets them stream music for free. But it could pave the way for working out deals with music or video services in the future so that only those that pay up can be included in Music Freedom or a similar plan.

That hasn’t happened yet (at least not that I’m aware of), but I can see why some people would be concerned.