Synaptics is best known for its technology that powers the touchpads below the keyboards on millions of notebooks. But now the company is introducing a new product that’s actually part of the keyboard.

Synaptics SmartBar technology will let PC makers build keyboards with touch-sensitive spacebars that will let you scroll, zoom, and perform other gestures without taking your hands off the keyboard. 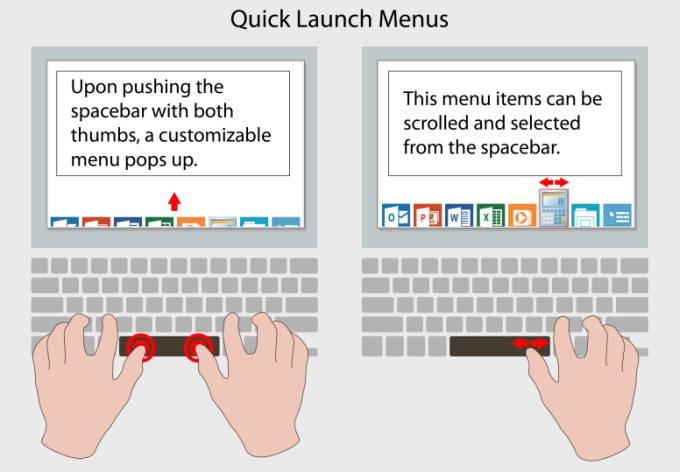 Since your thumbs probably rest on our near the spacebar when you’re typing anyway, you could theoretically perform some tasks more quickly if you could use your thumbs to launch apps, select text, or perform other functions.

The idea isn’t to replace a mouse or touchpad entirely, but to create a system that requires you to use those devices less often.

Synaptics includes support for a few basic functions such as scrolling and zooming. But there’s also support for programmable logical buttons which let you execute commands created using a macro editor. This can come in handy for gamers or other folks that might need to regularly enter certain key combinations repeatedly.

SmartBar technology is already available for PC makers, and Thermaltake subsidiary Tt eSPORTS is one of the first companies to announce plans to release a keyboard with SmartBar capabilities. But there’s no word on when the first SmartBar-capable notebook or desktop keyboards will actually hit the streets.