The HTC Vive Flow is a virtual reality headset that you can use as a standalone entertainment and gaming device, no computer required. It’s up for pre-order today for $499 and ships in November.

There’s probably nothing particularly surprising about that, since many details were revealed in a series of leaks from Evan Blass earlier this week. But now that the Vive Flow is official, we’re learning more about the specs, software, and target market for HTC’s new entry-level VR hardware. 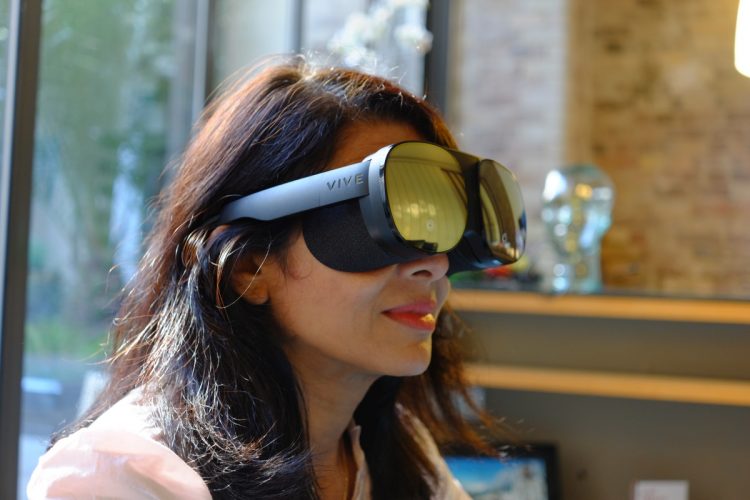 First up, there’s no skirting around the Vive Flow’s unusual design: putting mirrored surfaces in front of each eye on the front may be an effort to make the Flow look like a pair of bulky sunglasses, but it really makes the person wearing it look more like they have bug eyes.

That said, HTC says it’s focused on comfort – the Vive Flow weighs just 189 grams, or about 6.7 ounces. By comparison, Facebook’s Oculus Quest 2 weighs 500 grams, or about 1.1 pounds. That should make HTC’s standalone headset a lot easier to wear on your face for extended periods.

There’s a reason this thing is so light though – its built-in battery is only designed to run for a few minutes, or just long enough to swap out external battery packs. HTC says you can use a USB-C cable to connect any power bank, but the company also sells its own 10,000 mAh Vive Power bank for $79. That battery is not included in the $499 price tag for the Vive Flow, which only covers the headset itself. 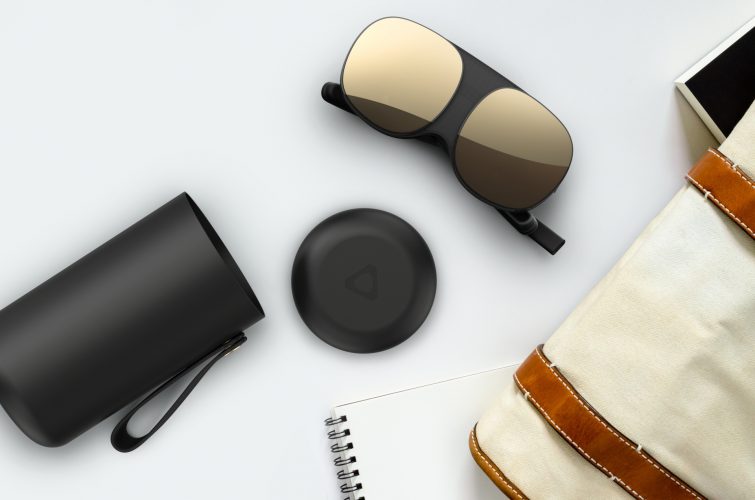 So while the Vive Flow is technically a standalone headset, in that you don’t need to connect it to a phone or PC to run applications, you will probably need to tether it to a power source most of the time in order to actually use the device. But at least the weight of the battery won’t be carried by your face.

Other comfort-focused features include an easy-to-remove face gasket that can be cleaned or swapped out if want to share the headset with other users. There’s an active cooling system to move warm air away from your face. Dual hinges make the headset adjustable for different head sizes. And each lens be focused individually.

HTC says the Vive Flow has 75 Hz display panels with a combined 3.2K resolution (or 1.6K per eye) and a 100 degree field of view. Built-in speakers offer spatial audio, and noise-cancelling mics aid with voice communication. 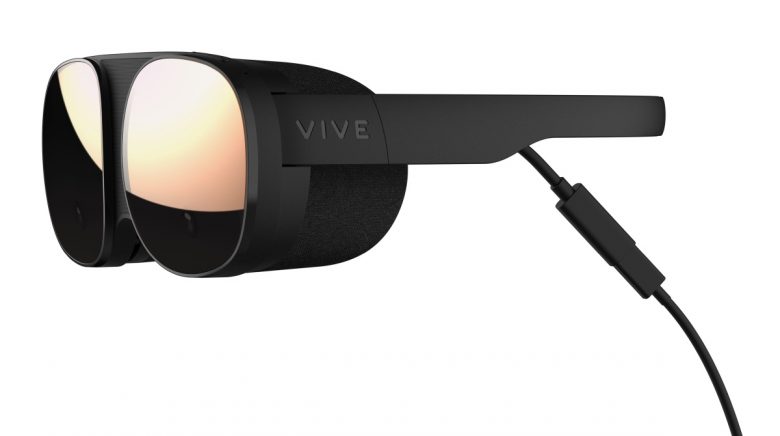 There are also a pair of front-facing cameras to help with inside-out motion tracking and The Verge reports that HTC plans to support hand-tracking too. One thing you don’t get is a set of handheld controllers. But you can pair the Vive Flow with an Android phone and use it as a remote control that lets you point your phone or tap on-screen buttons to select.

You can also mirror your Android screen to the Vive Flow in order to run Android apps in a more immersive view, which could allow you to stream videos from Netflix or YouTube on a virtual big-screen display, among other things. 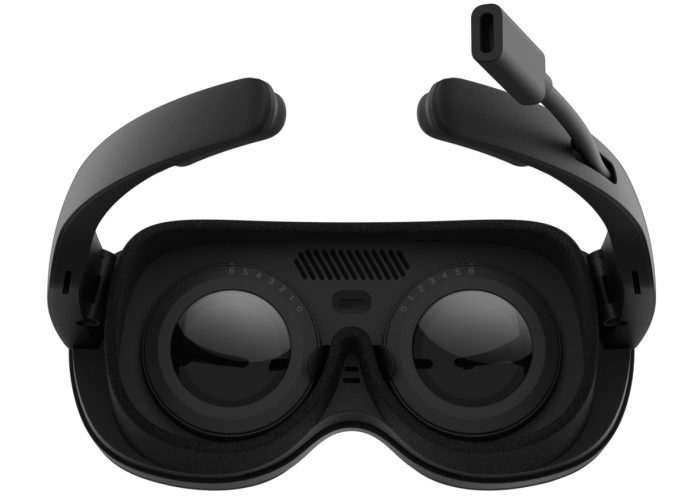 HTC says about 100 native apps will be available for the Vive Flow when it hits the streets next month, with another 50 or so coming by the end of 2021. And folks who want access to a range of apps without paying for them outright will be able to pay $6 per month for a Viveport subscription that provides “unlimited access to a wide range of immersive apps covering well-being, brain training, productivity, light gaming, and exclusive content like a Lo-Fi room designed to look and feel like a cozy cafe.”

In terms of horsepower, the HTC Vive Flow has a Qualcomm Snapdragon XR1 processor, which is the same chip used in the $399 Oculus Quest 2. The Vive Flow has 64GB of built-in storage, and no support for expansion, since there’s no SD card slot.

One thing to keep in mind about the headset though? Many of the promotional images showing the headset on people appear to be Photoshopped, raising the question of why HTC was unable to photograph actual people happily wearing and using its new $499 headset.