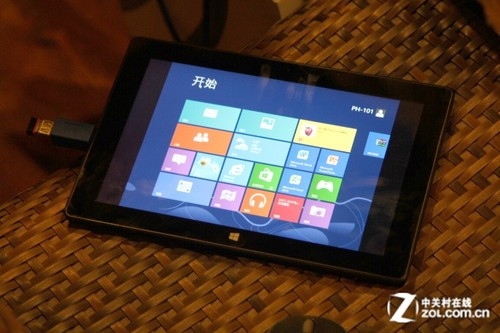 The Celeron N2910 is a 1.6 GHz quad-core processor with a TDP of 7.5 watts and a 4.5 watt SDP. In other words, it uses more power than an Intel Atom chip typically found in a tablet… but not much more power.

It should be able to provide decent performance for common Windows activities including web surfing, editing documents, viewing movies, or playing casual games — and it should be more than powerful enough to offer a decent Android experience.

It’s expected to launch in October in China, where it’ll be offered with support for Chinese 3G wireless networks. The tablet is expected to sell for around $440 or less.

While it’s unlikely that we’ll see this particular model outside of China anytime soon, it does show that Intel’s new Celeron chips are starting to find their way into tablets. While most of the Bay Trail-powered tablets announced for launch in the US and Europe this fall feature Atom processors, perhaps we’ll start to see models with more powerful Celeron and Pentium chips soon.