Microsoft’s upcoming Surface Duo 2 looks like it will solve some of the biggest problems of the company’s first-gen dual-screen smartphone.

The company is holding an event on September 22, and we’re expecting new Surface Pro, Surface Pro X, and Surface Go tablets as well as a new Surface Book. It’s also likely that Microsoft will use the event to officially introduce the Surface Duo 2. But a series of recent leaks give us an idea of what to expect… although it’s always best to take them with a grain of salt. 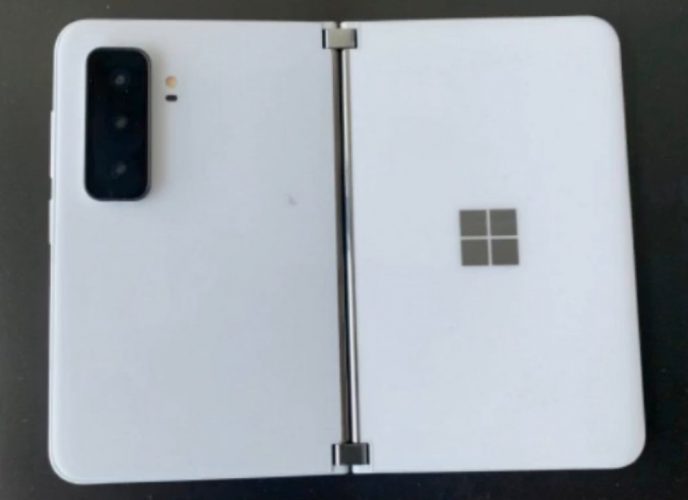 A YouTube video made the rounds in July, showing a few pictures of what was said to be a nearly finalized prototype featuring a vastly improved camera system… although it may come at a cost.

The original Surface Duo had only a single front-facing camera that became a sort of rear camera if you flipped the screens around so they were back-to-back. But the new model has a large camera bump on the back with several rear-facing cameras, suggesting that you’ll be able to take different sorts of shots, and you won’t have to fold the phone to take photos. 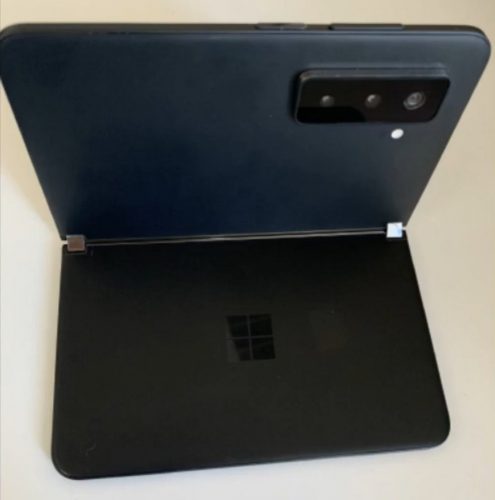 Unfortunately the bump also means that it might be difficult to fully fold the Surface Duo 2 and hold it comfortably in one hand.

This summer Windows Central also reported that the Surface Duo 2 would have flagship-level specs, indicating an upgrade over the original Surface Duo’s somewhat dated hardware including a Qualcomm Snapdragon 888 processor and support for 5G and NFC.

The report also indicated that the fingerprint reader had been moved (possibly to the power button), the USB-C port is now centered below the right-side display, and that the three cameras would include a primary camera, an ultrawide camera, and a telephoto camera.

In other words, the Surface Duo 2 will have features that are competitive with other current-gen flagship phones. That’s something that helps set it apart from the original Surface Duo, which shipped in 2020 with a Snapdragon 855 processor (which was around two years old at the time).

That made it a pretty tough sell for a device which sold for $1400 at launch (although it’s not often on sale for considerably less).

Most recently, a set of documents posted to the FCC website seem to confirm that the Surface Duo 2 will indeed support 5G and NFC as well as WiFi 6 and Ultra-wideband technology. Wireless charging support is also mentioned, although Windows Central suggests it might be used for transferring power to a Surface Pen rather than for charging the phone itself, which is so thin that there might not be room for a Qi charging coil.

Windows Central has also reported recently that the Surface Duo 2 will have 8GB of RAM, a 4,400 mAh battery, and dual 5.8 inch displays, all of which are steps up from the previous-generation.

Keep in mind that until the Surface Duo 2 is officially launched, none of the specs or features listed above will have been officially confirmed. It’s possible that some of the leaks were incorrect, or that they were accurate at the time… but that Microsoft may have changed its plans. But we should know for certain in a few days.

5 replies on “Surface Duo 2: What we know so far about Microsoft’s 2nd-gen dual-screen phone (leaks)”