Over the past few months we’ve seen developers port Windows 10 to run on smartphones and Raspberry Pi computers. So what’s next?

Over the weekend, Ben Imbushuo posted a couple of pictures to Twitter showing the progress he’s made getting Microsoft’s desktop operating system to run on Nintendo’s hybrid handheld/living room game console. 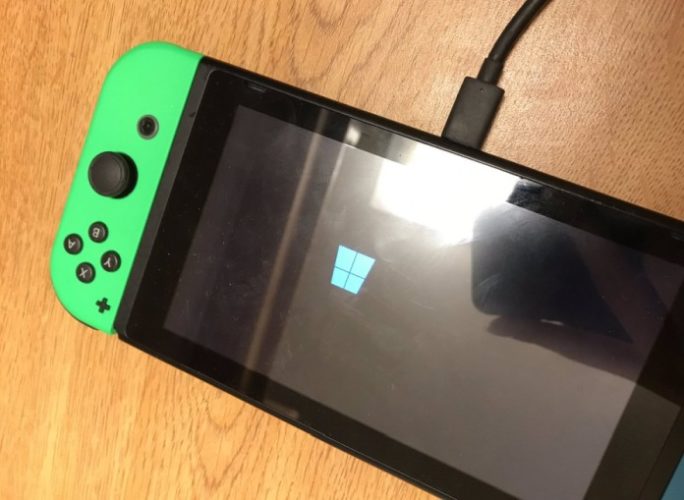 Imbushuo says the Windows 10 port is still a work in progress, and it looks like it doesn’t really get past the boot screen at this point. But given that there’s no official support from Microsoft or Nintendo, even seeing the boot logo on the Switch is kind of impressive.

Nintendo’s game console is powered by an NVIDIA Tegra X1 processor, which is a pretty old chip at this point. Windows 10 runs pretty slowly on devices with Qualcomm’s Snapdragon 835 chips… which are faster than the Tegra X1. So if and when Imbushuo or anybody else manages to successfully get Windows 10 up and running on the Switch, I wouldn’t necessarily expect it to be a pleasant experience.

Still, it’s neat to see two hacking scenes come together — the efforts of folks like Imbushuo who have been installing Windows 10 on all the things, and the Nintendo Switch hacking scene, which has emerged since a vulnerability was discovered last year that allows users to root Nintendo’s game console.

Since then folks have ported operating systems including Linux and and Android to run on the device. It looks like Windows may be next in line.

One reply on “Sure, why not run Windows 10 on a Nintendo Switch?”