Aereo is a company that lets you record live broadcasts of television shows in some markets and stream them over the internet for $8 per month whether you have a TV, cable box, antenna or not. And now Aereo is probably going to have to shut down that business, although it’s not yet clear if the company will be able to pivot and launch something new.

The Supreme Court has basically ruled that Aereo’s business model is illegal. 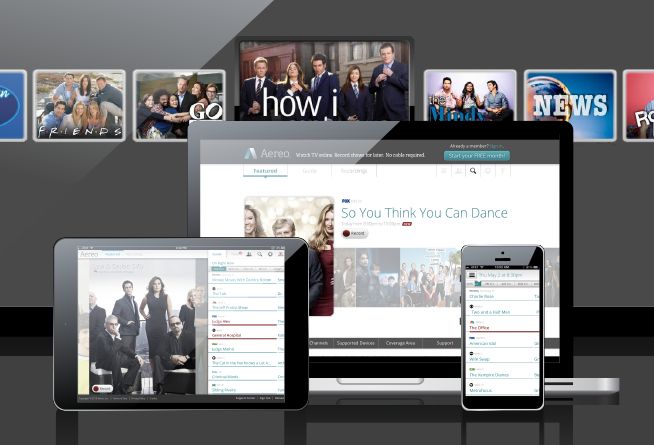 Aereo had argued in court that they weren’t infringing on the copyright of traditional broadcasters, because they were essentially doing what anybody could do on their own at home.

In fact, Aereo jumped through some pretty crazy hoops in an effort to comply with copyright law: Instead of just recording everything that aired in, say, New York City at once and then letting users stream the videos on demand, Aereo dedicated a tiny antenna to each user, as well as cloud storage space so that every single subscriber could choose which programs to record and then record and stream their own copies.

This is a lot like connecting a TiVo to an antenna in your house to record free, over-the-air broadcasts.

But the Supreme Court ruled in favor or broadcasters who argued that Aereo was offering “public performances,” which steps on their rights to distribute TV shows, movies, and other content.

That means if Aereo wants to stay in business, the company will either have to convince broadcasters to license their content (which they might not want to do… and even if they do, it’ll probably mean Aereo subscription prices will go up), or find another way to obtain and distribute content legally.

You can read the full Supreme Court ruling online.

Update: Aereo has issued a statement. Clearly the company is disappointed in the ruling… but promises to “continue to fight for our consumers and fight to create innovative technologies that have a meaningful and positive impact on the world.”

via The Verge and Scotus Blog