The $5 Raspberry Pi Zero is more than just a super-cheap computer. It’s also a super-small computer, measuring just about 2.6″ x 1.2″. That means the little machine is small enough to hold in one hand, slide into a pocket, or stuff inside of all sorts of other gadgets.

Case in point: Terence Eden opened up an Xbox controller, put a Raspberry Pi Zero inside, and essentially turned a controller into a fully functional game console. 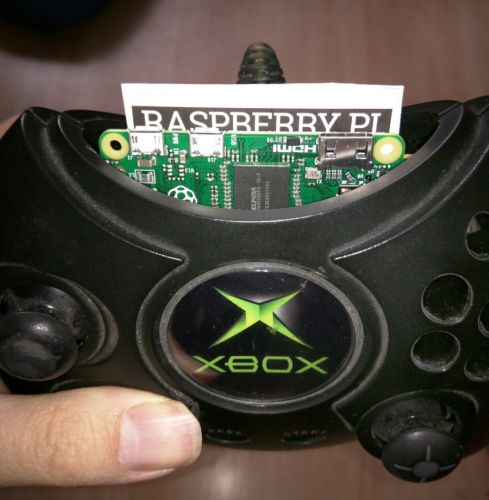 OK, things are a little more complicated than that. The job required carving out a little bit of plastic to make room for the Raspberry Pi Zero and connecting a few cables for power, video output, and to connect the controller to a USB port on the computer board.

I also wouldn’t recommend using scotch tape to connect wires: if you’re not comfortable with a soldering iron, electrical tape will do the trick.

But the point is that it doesn’t take much work (or money) to essentially turn a game controller into a full-fledged PC that can run Linux, allowing you to play DOOM… or classic console games if you use RetroPie or other software that supports game emulators.

Anybody else have any other ideas for making old gear feel new by stuffing a small, inexpensive computer inside?