OnLive is an online video game service that lets you stream games to a PC, Mac, or Android machine… or at least it was until OnLive pretty much fired its staff and shut down about a year and a half ago.

Now OnLive is back, and this time they’re doing things a little differently. Not only can you pay a monthly fee to play any of the games in OnLive’s library of 250 or so titles, but you can also choose an option that lets you purchase games and play them on your PC… while synchronizing your data between machines so you can pick up where you left off on another system.

There’s no longer any option to “purchase” cloud-only games that disappear if the service goes belly-up again. 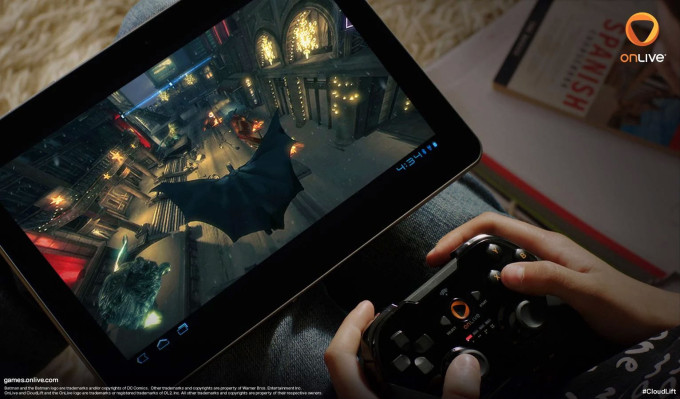 For $10 per month, you get access to a sort of Netflix-for-games type service called PlayPack. It lets you stream console-style video games without downloading them. This lets you play on a wide range of devices including a Google TV box or other device that normally wouldn’t be able to play these games.

OnLive’s new “CloudLift” service runs $15 per month and offers the ability to link supported games in your library with OnLive and Steam’s cloud services. At launch there are about 20 supported games including Batman:Arkham City and Saints Row IV.

With CloudLift you can play a game you already own on your PC for a few hours, sign into your OnLive account on your Android tablet and keep playing from the point where you left off by streaming the game to your tablet when you’re on the go. When you get back home, your progress is synchronized again and you can keep playing.