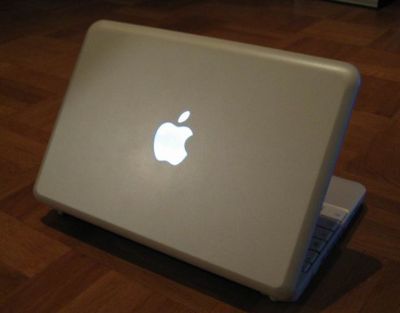 There’s been a lot of speculation recently about the possibility of Apple entering the netbook market. Almost every major laptop maker has released or announced one. A bunch of companies that you wouldn’t normally think of as laptop makers have too. And hackers have managed to unofficially install OS X on many existing netbooks. So what’s keeping Apple?

In a quarterly earnings call, Steve Jobs today said that Apple is taking a “wait and see” approach to the netbook market. We’ve heard this line before. But there two new things came out of this call:

Now, I’m not sure what it will take before Jobs considers the market to be “evolved” enough for Apple to launch a netbook. Asus alone has already sold 4 million Eee PCs this year. Sure, Apple has sold 6.9 million iPhones, but 4 million ain’t a number to sneeze at.

But I think the bigger question isn’t whether Apple will release a netbook, but what would it look like. I think there are a lot of people who would pay an extra $100 to pick up a netbook that was identical to the MSI Wind or Lenovo Ideapad S10 but came with OS X. But based on the fact that Jobs thinks of the iPhone as Apple’s current version of a netbook, I think he considers netbooks to be portable internet devices, or consumer electronics rather than full fledged computers. And that strengthens my suspicion that an Apple netbook wouldn’t actually run a full version of OS X. Rather, I suspect it would have an iPhone-like program launcher and the ability to run some popular apps like Safari. But I’m a bit concerned that it might not be able to run the full spectrum of OS X applications.

And that’s a shame, because I think there’d be a real market for that. But if Apple were to release a $500 or $600 netbook that’s capable of running a full version of OS and perform 90% of the tasks anyone would expect from a Mac, the company might have a hard time convincing customers to shell out $999+ for a MacBook.