Microsoft says CEO Steve Ballmer will retire from his job as CEO sometime within the next 12 months. He’ll stay on as leader of the company until Microsoft chooses a replacement.

Ballmer’s been with Microsoft fore more than 3 decades, and he’s been CEO of the company since Bill Gates stepped down from that position in 2000. 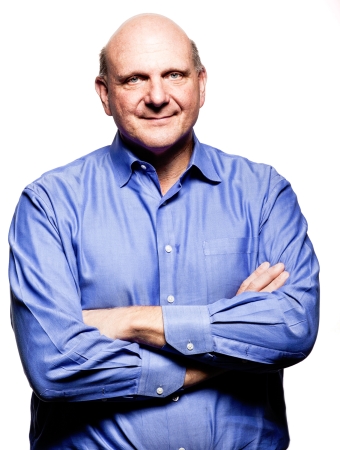 In a press release, Microsoft says until a successor is found, Ballmer will continue to lead Microsoft in its “transformation to a devices and services company.”

The personal computer industry has changed pretty dramatically in the last few years, and Microsoft has been trying to ride those changes. It’s flagship software products such as Windows and Office have gone through some pretty radical changes recently, adding support for touchscreen interfaces, ARM-based processors, and cloud-based features.

Meanwhile, after years of success in the hardware world with its Xbox video game consoles, Microsoft has been trying to break into other hardware spaces, first with portable media devices like the Zune, and more recently with Surface tablets.

As PC sales decline, it makes sense for for Microsoft to hedge its bets by moving into hardware, focusing on mobile software such as Windows Phone, and its own cloud and subscription services including Bing, Outlook.com, and Office 365.

Ballmer has seen the company through those transitions so far. A lot has changed since Bill Gates stepped down as CEO 13 years ago.

But with increasing competition on all fronts from companies such as Apple, Google and Facebook, it’s not surprising to see Microsoft seeking fresh leadership. Last year the head of the Windows division left Microsoft. Now it looks like Ballmer is up next.

For his part, Ballmer says now’s the right time for him to step down, because the company needs a CEO who will be around long-term to oversee the transition to a devices and services company. Just because he’s on the way out and someone else is on the way in doesn’t mean we should expect dramatic changes in the future. We’ve already seen some dramatic changes.

It doesn’t look like Ballmer is being forced out, and he’ll even play a part in choosing his successor. But he won’t be the guy in charge a year from now.