Valve is putting another nail in the coffin of the should-already-be-dead Windows XP and Windows Vista operating systems. The company says that starting January 1st, 2019 you won’t be able to use its Steam game platform on either operating system.

Steam users will still be able to run the game client on Windows XP or Vista through the end of the year, but they won’t get access to new features such as Steam Chat. 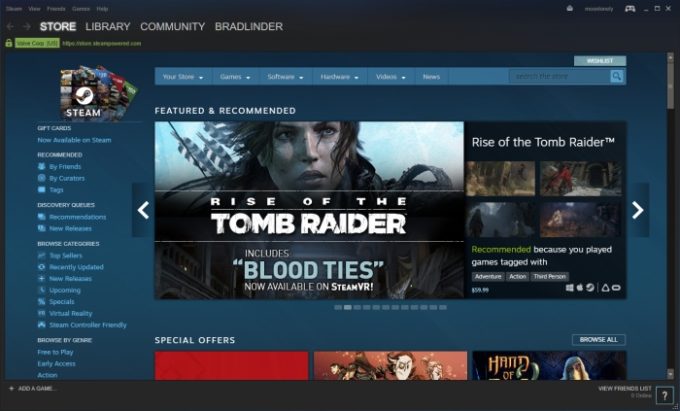 The move shouldn’t be a huge surprise: Microsoft officially stopped supporting Windows Vista more than a year ago, and Windows XP support ended years ago.

And Valve isn’t the only company to end support for Vista and XP. Google’s Chrome web browser stopped supporting those operating systems in 2015. And earlier this year Apple pulled the plug on iTunes for Windows XP and Vista.

But there are still a surprising number of folks continuing to use these old operating systems. In the past 30 days, about 1.8 percent of visitors to Liliputing were running Windows Vista, and 0.7 percent were using Windows XP, according to Google Analytics.

That’s despite the fact that not only are users no longer getting feature updates, but security patches are no longer rolling out for those platforms.

I suspect Valve has the data to determine whether a significant number of its users are still running old versions of Windows, which could help the company figure out how many people will be affected. But it’s also probably increasingly difficult for a company like Valve to continue to offer a stable and secure experience on operating systems that are no longer supported by the companies that developed them.

In fact, part of the reason Valve seems to be ending support for Windows XP and Vista is because new features like Steam Chat use “an embedded version of Google Chrome” which, as mentioned above, no longer runs on those operating systems.

Steam will continue to work on Windows 7, Windows 8.1, and Windows 10 for the foreseeable future. But if you don’t want to replace your aging Windows XP machine with one running a newer version of Microsoft’s operating system, Steam is also available for Ubuntu and other GNU/Linux distributions.