Valve is launching a mobile app that will let you play PC games on a smartphone, tablet, or smart TV… sort of. The Steam Link app for Android and iOS is coming the week of May 21st, and what the free app will let you do is play games from your Steam library on your mobile device… but only if its connected to the same network as a PC with Steam installed.

In other words, you’ll be able to play the game on your phone in the sense that you’ll see and control the game on a mobile device. But your PC will actually be doing the heavy lifting.

Basically the Steam Link seems like an extension of Steam in-home streaming, except instead of streaming from a gaming PC to a low-end PC, you can now stream to Android or iOS. 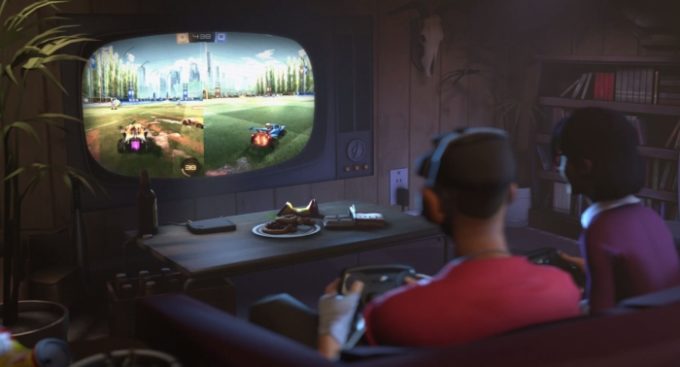 In order to use the Steam Link app you’ll need to be connected to a PC over a wired or 5 GHz wireless network.

Valve currently offers a $50 game streaming box (that’s also called Steam Link), but it sounds like folks with an Android TV or Apple TV might not need that anymore once the Steam Link app launches, because the app will also support those platforms.

That means you can keep your gaming PC in your office or bedroom and stream games to the living room TV over a home network.

Unfortunately you won’t be able to use this service to stream games remotely over the internet, so it’s not a solution for playing PC games while traveling.

Valve says it will also launch a Steam Video app for Android and iOS this summer, allowing users to watch shows and movies from their Steam account on a mobile device. That app will work over any WiFi or LTE connection. There’s also an offline mode that will let you download videos so you can watch them on the go without hitting your mobile data cap.