When the Steam Deck first launched earlier this year, it was only available for purchase in the US, Canada, UK, and European Union. But now Valve has announced that the handheld gaming PC is coming to more regions, starting with Japan, South Korea, Taiwan and Hong Kong.

Customers in those countries can now reserve a Steam Deck thanks to a partnership with Japanese gaming company Komodo. 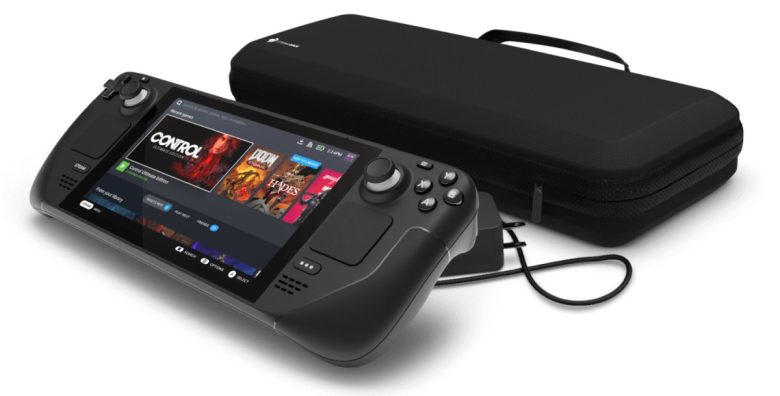 Reservations in the newly supported countries work pretty much the same way as Valve’s existing reservation system: customers can reserve a model with 64GB, 256GB or 512GB of storage for 1,000 Japanese yen (about $7.50) and later this year they’ll receive a notification letting them know when they can actually complete the purchase – and they’ll have to respond within 72 hours or lose their place in line.

Prices are a bit higher in Japan than in the US, but that’s pretty much par for the course with PC pricing in that country. Customers in the US can pick up a Steam Deck for $399 to $649, while in Japan the prices start at closer to $450:

Specs for the Steam Deck remain the same across all regions. It’s a handheld gaming PC with a 7 inch, 1280 x 800 pixel IPS LCD touchscreen display surrounded by game controllers (and two touchpads) featuring a custom 15-watt AMD processor with 4 Zen 2 CPU cores and 8 RDNA 2 graphics cores plus 16GB of RAM.

Other features include a 40 Wh battery, 45W USB Type-C power adapter, support for WiFi 5 and Bluetooth 5.0, stereo speakers, an SDXC card reader, headphone jack, and the SteamOS 3.0 operating system, which is a custom, gaming-centric OS based on Arch Linux with Valve’s Proton software that allows you to play many Windows PC games that haven’t been ported to run natively on Linux. But you can also install Windows on the Steam Deck if you’d prefer a handheld Windows experience.

While there are a growing number of devices competing in the handheld gaming PC space, the Steam Deck continues to stand out for its relatively affordable price tag and ongoing support and services provided from one of the biggest names in PC gaming.

If you reserve in these new regions you’ll be able to order your Steam Deck later this year. The Komodo reservation queue is separate from the reservation queue in NA / UK / EU regions, so people who have already reserved won’t see any impact on their current shipping estimates.

via Valve and PC Watch