The computer’s available from AliExpress for $149 and up… but the entry-level price will only get you a barebones model. You’ll have to pay extra if you want memory, storage, and an operating system: there are models available with Ubuntu 16.04 or Windows 10. 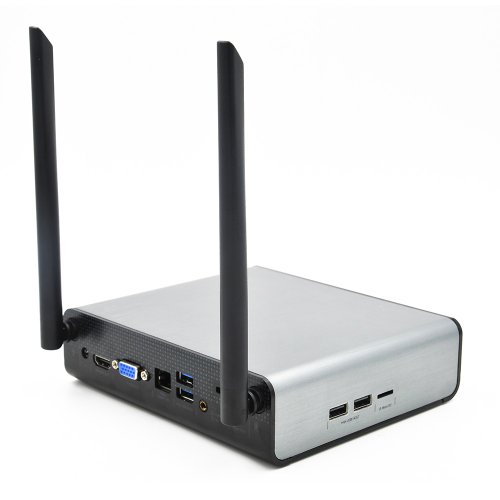 Under the hood, there’s room for an mSATA solid state disk.

In addition to the barebones model, the following versions are available:

Note that Mele and other Chinese companies that sell computers with Ubuntu tend to offer very limited support for upgrades, so if you want to install Ubuntu 16.10 or another operating system you’ll probably be on your own. Still, I suppose it’s nice to have the option of not having to install and configure Ubuntu on your own the first time you turn on the PC.

The PCG61 is marketed under the Star Cloud brand, but it’s made by Mele, and the company’s AliExpress store is running a promotion that knocks $5 off the price of orders of $200 or more. But note that the estimated delivery time be up to 44 days.

It also feels a little late in the game for companies to begin selling new systems powered by Intel Braswell processors. Intel’s next-gen low-power chips based on Apollo Lake architecture should be available soon.