Chinese device maker has been offering tiny Windows and Android computers for a few years, but the company first came to my attention back in 2012 when I learned that the Android-powered Mele A1000 TV box was also able to run Linux.

This year the company started selling some products with Ubuntu Linux pre-installed, and the latest is the PCG03U, a compact computer/TV box with 2GB of RAM, 64GB of storage, an Intel Atom Bay Trail processor, and Ubuntu 14.04 Linux.

It’s available from AliExpress for $90. 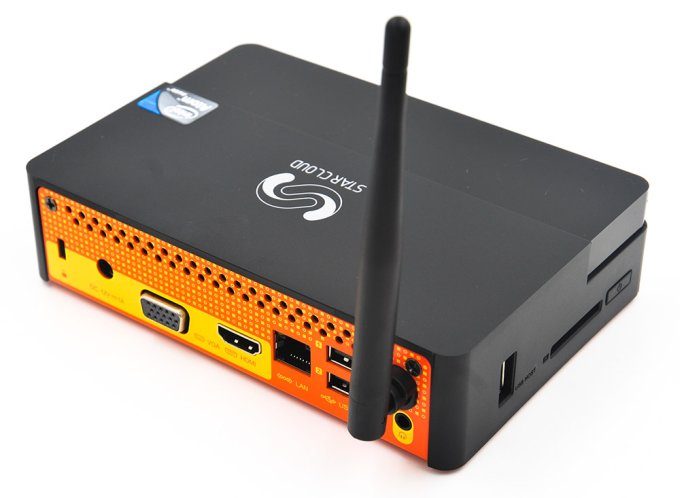 Mele is selling the PCG03U under its Star Cloud Brand. In terms of hardware, the computer is basically the same as the Windows-powered PCG03 the company launched last year, except that the newer model has the Star Cloud logo, orange and yellow rear and bottom panels, and twice as much storage as the Windows version I reviewed.

Is this the best Linux PC you can buy? Probably not. But at $90, it’s certainly an affordable option for folks looking for a small, fanless, low-power Ubuntu computer that you can use in the living room or in an office.

While it ships with Ubuntu 14.04, I suspect you’re pretty much on your own if you want to update to a newer version of the operating system or make any other changes.

The vast majority of Chinese companies that ship TV sticks and mini PCs with Ubuntu don’t seem to bother developing the software on their own. Instead they usually just grab one of Ian Morrison’s publicly-posted builds of Ubuntu for devices with Intel Atom processors and slap it on the device, making no promises of support or future updates. So proceed with caution.

Still, if you’re cool with using Ubuntu 14.04 indefinitely, or just want to buy a computer without paying for a Windows license, it’s nice to have the option.