Starting October 11th, you’ll be able to pick up a 7 inch Android tablet with 4G LTE capabilities for just $50… when you sign up for a 2-year contract with Sprint.

The US wireless carrier begins offering the Samsung Galaxy Tab 3 7.0 for $49.99 on Friday. 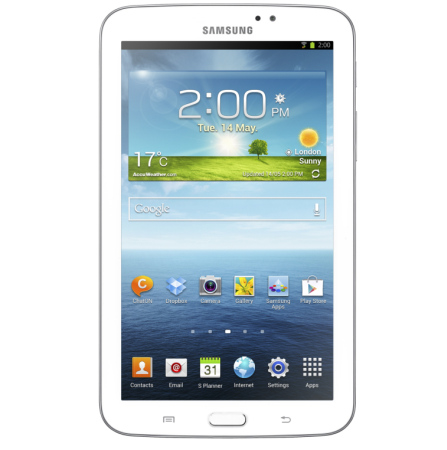 Samsung’s Galaxy Tab 3 is a budget tablet, with the WiFi-only model selling for about $170. But if you were planning on signing up for a data plan anyway, Sprint’s offer looks pretty good. If you weren’t, or if you don’t need mobile data for your tablet, save some money and buy a Nexus 7, Kindle Fire, or even a WiFi-only Samsung tablet.

Sprint says you can add the tablet to your existing data plan for as little as $5 per month.

The full specs for Sprint’s version of the tablet aren’t available, but it runs Google Android 4.2 Jelly Bean, has a 3MP rear camera and 1.3MP front-facing camera, and it’ll likely feature the same 1024 x 600 pixel display as the WiFi-only model.

The tablet can also function as a 3G or 4G hotspot if you pay extra for Sprint’s mobile hotspot features.