Sphero is a tiny, spherical robot that is powered by your smartphone. It can do tricks, teach you how to program, and let your turn your living room into an arcade game via augmented reality apps. Sphero is also the inspiration for the newest droid celebrity of “Star Wars: The Force Awakens,” BB-8.

Sphero’s cousin, Ollie is a rough-and-tumble, cylindrical mini robot that maneuvers across uneven terrain and can do some pretty sweet tricks. His brother has turned to the Dark Side. 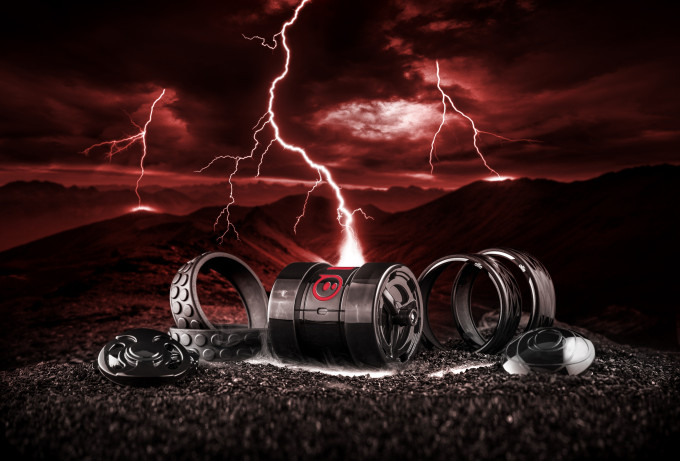 That is to say, Ollie comes in both black and white. So, you decide whether you are fighting for the Rebel’s cause to free the universe of tyranny or joining forces with the Dark Side and crush the rebellion with your powerful grip.

Starting this week, Darkside Ollie will be available in retail stores across the U.S. for $130. To celebrate the news, Sphero has launched a miniseries on Instagram called “The Chronicles of Darkside,” in which Darkside battles Ollie for dominance.

Darkside can reach speeds up to 14 MPH and has a sturdy shell for crashin’ up things. It comes with a joystick so you can make it spin, flip, and do plenty of other sweet tricks. It also has two sets of removable tires and hubcaps so you can cover rough environments with ease, or take them off and drift across smooth surfaces like Lucas Black.

Darkside is available in-store at gadget retailer Brookstone and online through Sphero.com and Amazon. Of course, ifyou are sympathetic to the rebellion, you could choose Ollie instead (he is also about $40 cheaper).